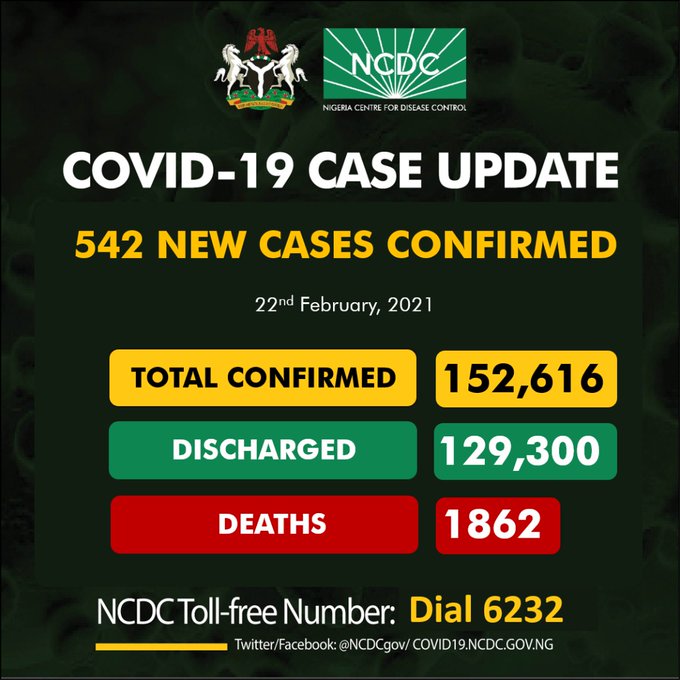 The Nigeria Center for Disease Control (NCDC) has announced that over 20 patients died on Monday due to complications related to COVID-19.

This was disclosed in the early hours of Tuesday, February 23, 2021, on the NCDC’s website.

According to the latest data, the country reported more than 500 new cases from 21v states including the epicentre Lagos and the Federal Capital Territory, Abuja.

At the time of this report, there are now a total of 129,300 cases and 1,862 deaths in total, which include the 23 new casualties recorded on Monday.

The statement read: “On the 22nd of February 2021, 542 new confirmed cases and 23 deaths were recorded in Nigeria