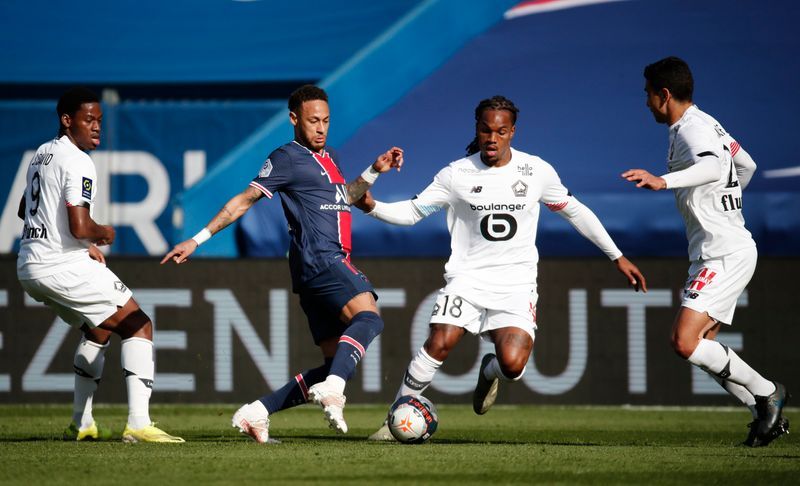 Lille leapfrogged Paris St Germain to grab the lead in Ligue 1 on Saturday after Jonathan David found the back of the net in a 1-0 win over the French champions, who had Neymar sent off in the last minute.

Canadian striker David scored in the first half to put the northerners on 66 points with seven games remaining, three ahead of PSG who was lackluster throughout the showdown.

Neymar was sent off when he picked up a second yellow card for shoving Tiago Djalo, who reacted with a foul-mouthed rant and was also shown a red card.

AS Monaco moved up to third on 62 points with a 4-0 thrashing of promoted Metz.

We were unable to cope with the situation, Tuchel says after loss to West Brom