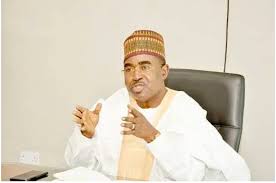 In a statement by the Head of Public Affairs (NDLEA), Deputy Commander of Narcotics (DCN), Jonah Achema, Marwa said all hands must be on deck to fight the menace of drug abuse.

“It is the lives of our children and the children of the future generation that are at stake and we must do all that is necessary to protect them.

“We at NDLEA have vowed to bring the drug criminals down. We are putting a lot of effort into our primary mandate of cutting down drugs. We will pursue this with single-minded purposefulness,” he said.

Marwa assured Hamman-Tukur of NDLEA’s cooperation, noting that there would be no competition but cooperation between the two organizations.

“We will ensure that we work together. We have made significant seizures in recent times. We have seized several tons of cannabis in Edo in addition to other cocaine seizures.

“We have also recorded a major seizure of cocaine worth millions of dollars in Tin Can Island Ports in Lagos recently. At the center of all the seizures is intelligence. Intelligence is very vital,” Marwa stated.

Responding, Hamman-Tukur congratulated Marwa on his well-deserved appointment as the new NDLEA chairman, noting that all had seen the sign of success since his assumption of office.

He said there were clear signs that the drug war would be fought to its logical conclusion under his leadership.

He assured the NDLEA chairman of the full cooperation of NFIU and called on the agency to take advantage of the product of NFIU.

“Our work is to do data analysis 24 hourly on national security and deploy the data to all relevant agencies.

“Our application picks all the personal and bank details of every target, which are veritable operational intelligence in relation to drug trafficking, terrorism financing and arms trafficking.

“We have all you need, but what we need is synergy,” he added.