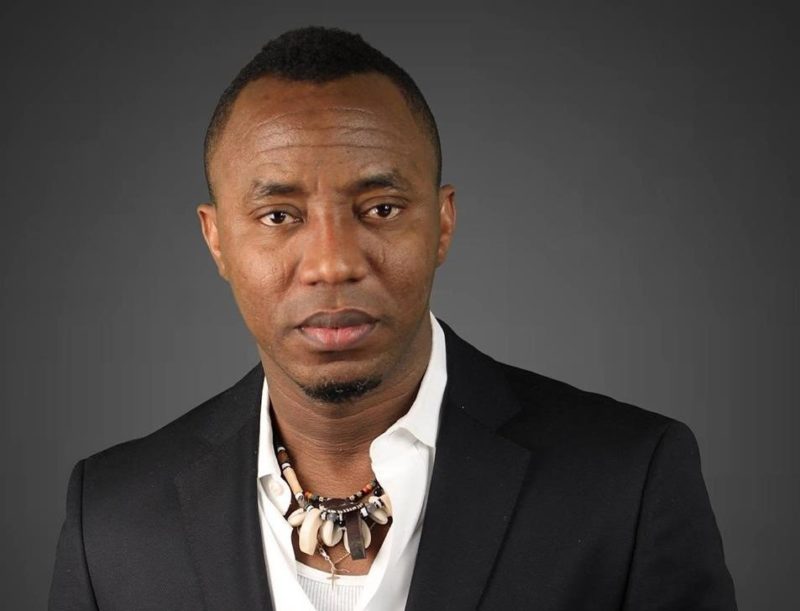 The Department of State Service [DSS] on Saturday failed to release the convener of #RevolutionNow protest, Mr. Omoyele Sowore, and Olawale Bakare, despite the agency’s admission late on Friday that it had been served with the Abuja Division of the Federal High Court’s warrants for the release of the two men from custody.

Reacting to the development on Saturday, the Executive Secretary of the National Human Rights Commission, Mr. Tony Ojukwu, said in a statement that such conduct of disobedience to court order erodes the confidence of the people in government and the judiciary.

“Many cases have been reported to the commission about investigating police officers and state security officers deliberately refusing or delaying to verify bail conditions following court orders just to punish suspects unduly for reasons that are not constitutional.

“The constitution guarantees the innocence of every citizen of Nigeria until proven guilty by a court of competent jurisdiction.

“A situation where the order of courts are continuously disobeyed by security agents makes such security agents judges onto themselves and such situation does not augur well for our democracy based on the separation of powers and rule of law.

“It makes the law uncertain at any point in time and leads to loss of confidence of the people in government and state institutions of which the judiciary is one.

“A situation like this can also lead to self-help thereby creating more problems for law enforcement agents and threaten the precarious situation of state responsibility to respect, protect and fulfil human rights in the country.”

Late on Friday, the DSS through its spokesperson, Peter Ifunaya, had blamed the non-release of Sowore and Bakare on the alleged failure of their lawyers to take their delivery of Friday.

Falana said lawyers in the defence team waited in vain for over four hours at the DSS headquarters in Abuja to receive the two men who have been held by the agency for close to 100 days.

MORE READING!  Nurse reveals how man wooed her while she was carrying his mother on a stretcher

On Saturday a lawyer in the defence team, Mr. Marshal Abubakar, and a group of other lawyers, activists and supporters of Sowore and Bakare, arrived the DSS headquarters at about 8am to receive them.

They had to leave the place at about 1 pm when it was clear that the agency was not ready to release them.

MORE READING!  Just in: Oshiomhole, Bello, Ganduje, El-rufai on US Visa ban
Related Topics:BakaredssFeaturedSowore
Up Next

13m out-of-school-children are the Boko Haram of the future, Group warns