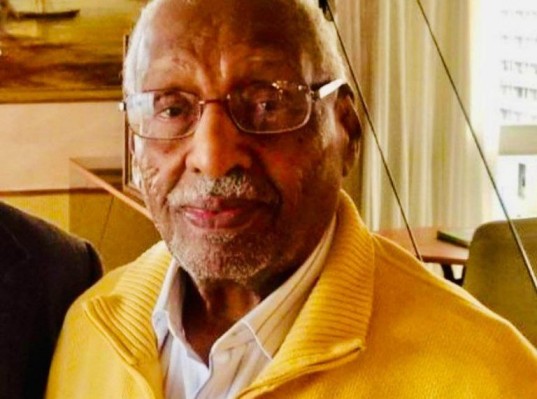 Plateau State Governor Simon Lalong has expressed sadness over the death of the founder of the NASCO Group of Companies, Mr Ahmed Nasreddin.

The NASCO founder passed away at the age of 96, according to The PUNCH.

In a condolence message released by his Director of Press and Public Affairs, Dr Makut Macham, on Saturday, Lalong described the death of the nonagenarians as a great loss to Nigeria, coming as the country mourns the tragic demise of its Chief of Army Staff, Lt Gen. Ibrahim Attahiru who died alongside 10 others on Friday.

Nasreddin, described as visionary leader, established NASCO in Jos in 1963, and Lalong admitted that he was more of a bogger loss to his state.

“This vision by the late Ahmed Idris Nasreddin saw the company growing from its little beginnings to become a major conglomerate with successful companies in manufacturing, real estate, hospitality and logistics, trading among others.

“NASCO has over the years remained a major employer of labour in Plateau and continues to contribute to the economic prosperity of the State and Nigeria at large through tax revenue and corporate social responsibility.”

He noted that because of the faith that the late Nasreddin had in Plateau, NASCO remained rooted in the state in spite of the difficult moments experienced and various crisis which affected its development.

Lalong extended his condolence to the family, management and staff of the NASCO conglomerate, and assured that the legacies of the business mogul would continue to prevail.