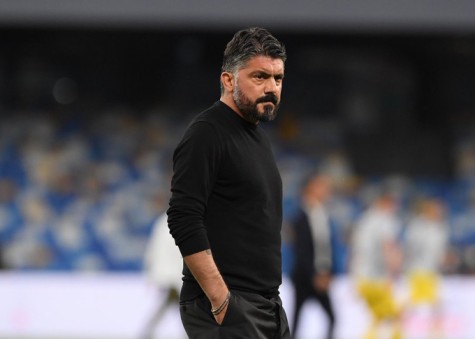 Napoli have sacked manager, Gennaro Gattuso, after his team failed to book a place in next season’s UEFA Champions League despite entering the final matchday with an advantage.

Gattuso’s men needed a win against Hellas Verona regardless of the results from Juventus and AC Milan but they let the top-four slip out of their control by settling for a 1-1 draw on Sunday night.

Juventus who began the day in fifth ended up defeating Bologna 4-1 to leapfrog Napoli in the Serie A table and the Naples team would now settle for the Europa League competition next season.

“Thanking you for the work done, I wish you success wherever you may go. I also send a hug to your wife and children. Aurelio De Laurentiis.”

However, The Athletic reports that Gattuso wouldn’t have been saved if he made the Champions League after the club earlier announced that he would be stepping down after summer.

The AC Milan legend is expected to be replaced with former Roma and Inter Milan coach Luciano Spalletti.

Related Topics:GattusoNapoliUEFA Champions League
Up Next