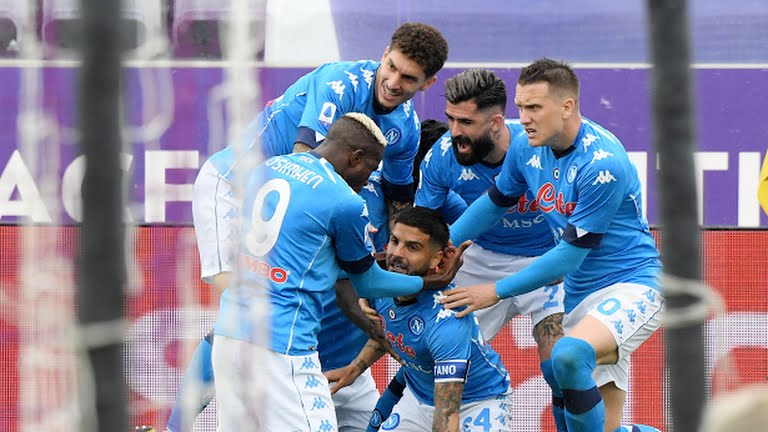 Napoli defeated Fiorentina 2-0 on Sunday to move third on the Serie A table as the race for next season’s UEFA Champions League intensifies.

The visitors needed the win to ensure they stayed ahead of Juventus but Fiorentina proved a hard nut to crack as they kept out Napoli for almost an hour.

Lorenzo Insigne broke the deadlock in the 56th minute after he had a penalty saved but beat the goalkeeper with the rebound.

He later struck the woodwork twice failing to seal the win for Napoli who are desperate for a Champions League spot next season.

On the 67th-minute, an own goal by Fiorentina’s Lorenzo Venuti ensured Napoli’s stay at the third position until the final game of the season next weekend.

Gennaro Gattuso’s men gave themselves a boost by moving third, one point ahead of AC Milan who have a game at hand, and Juventus who defeated champions Inter by 3-2 on Saturday on fifth.

Napoli will play their final game at home against midtable Hellas Verona, while Juventus who are on the brink of missing out on the Champions League for the first time in a decade go away to Bologna.

Meanwhile, AC Milan would face Cagliari later today before going away to face second-placed Atalanta for their last game of the season.

MORE READING!  Djokovic crashes out of Tokyo Olympics without medal
Related Topics:Champions LeagueFiorentinaNapoliSerie A
Up Next