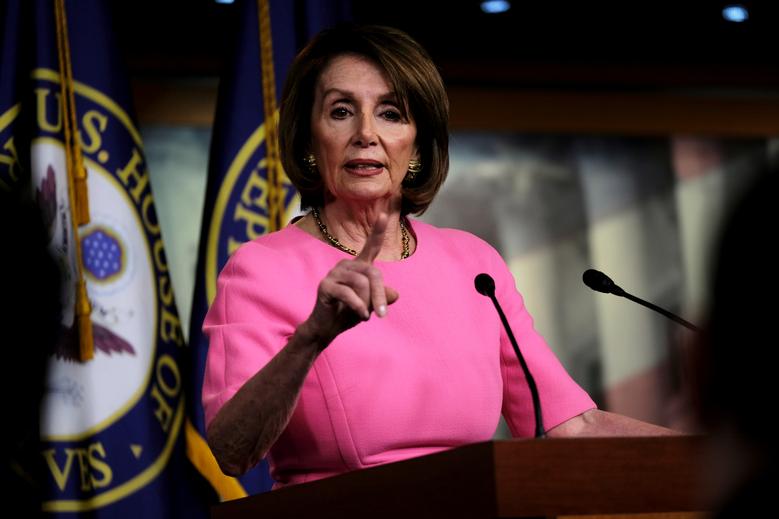 Following VP Mike Pence’s refusal to invoke 25th Amendment for the removal of US President Donald Trump, the US House of Representatives Speaker, Nancy Pelosi has revealed her next move.
In a sign that the Democrats are moving quickly to impeach the embattled President, the Speaker on Tuesday announced the names of the lawmakers who will serve as impeachment managers, according to CNN.
The lawmakers are tasked with presenting a case to the Senate during an impeachment trial.
Rep. Raskin will head the team and the others are Colorado lawmaker, Diana DeGette, David Cicilline of Rhode Island, Eric Swalwell of California, Joaquin Castro of Texas, Ted Lieu of California, Stacey Plaskett of the US Virgin Islands, Joe Neguse of Colorado and Madeleine Dean of Pennsylvania..
This is coming after US Vice President, Mike Pence, had in a letter warned Pelosi against the move to impeach President Donald Trump, saying,

” I do not believe that such a course of action is in the best interest of our nation or consistent with our Constitution.”

The Vice President warned that the move will do more harm than good to American people but Pelosi has insisted that Democrats lawmakers must “take action.”
Pelosi, on Monday, said that as a “next step,” House Democrats “will move forward with bringing impeachment legislation to the Floor.”
MORE READING!  Director demoted by Magu emerges as head of EFCC Academy
Related Topics:Mike PenceNancy PelosiUS President Donald Trump
Up Next