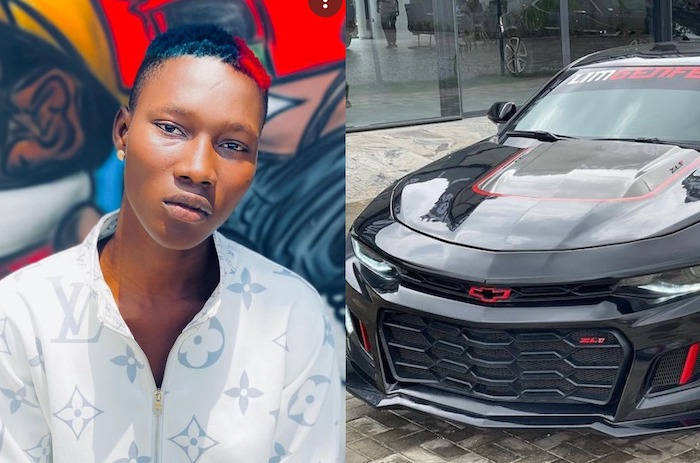 Controversial singer, Naira Marley’s signee, Oniyide Azeez aka Zinoleesky has achieved a big feat as he recently acquired a new car worth millions of naira.

The news about the acquisition of the new automobile of the ‘Won Wa Mi’ crooner was shared by Naira Marley on his official Instagram page.

He posted a video of the exotic ride and felicitated him.

Although the price of the car is yet to be ascertained, it appears to be a very expensive one.

Zinoleesky emerged as a new voice in Nigeria’s street music scene in 2019 and was signed to a label within a year.

He broke through in 2019 with single “Popo,” which addressed social inequity.

Released in 2020, the single “Caro” featured his mentor, Naira Marley, and the official video received more than three million views in its first year.