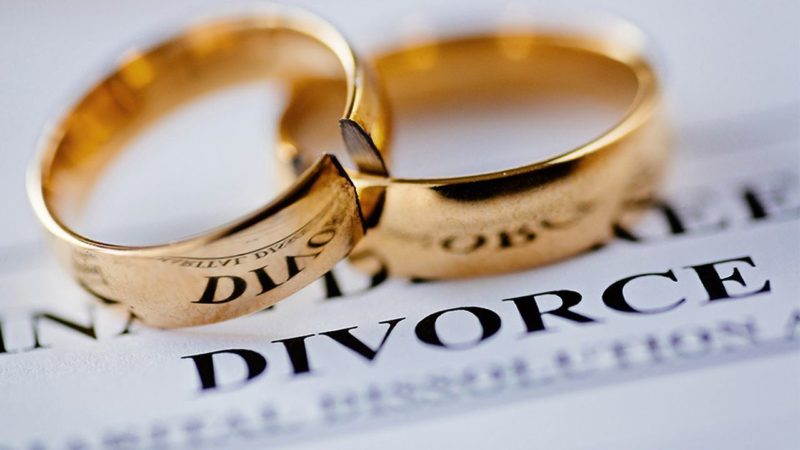 A man, Adewale Fakunle, has appeared before Ile Tuntun Customary Court, Mapo, Ibadan, Oyo State, seeking the dissolution of his marriage to his wife of four years.

Adewale in his suit stated that his wife was troublesome, adulterous, adding that she was a drunk.

According to him, he once came across 12 sachets of Seaman Schnapps in her bag.

The plaintiff told the court he no longer wanted to go further in his marriage to his wife. He as such entreated the court to end their relationship.

Suliya recounted Adewale’s unfair treatment of her but refused that an end is put to their union.

“I regret ever approaching Suliyat for marriage. She does not make me happy. Our four-year-old wedlock has obviously failed,” Adewale said.

“Suliyat gives me hell at home. She has refused that I have peace.

“My wife wearies me with her troublesome nature. She provokes me every day and has stretched my patience enough.

“Suliyat is a disgrace to the women folk. She drinks herself to stupor almost all the time and starts to misbehave. She embarrasses me when in this state and has turned me into a laughing stock in our compound.

“I was stunned the day I came across 12 sachets of Seaman Schnapps in her bag. She gulps these down as if she’s drinking water.

“My wife is morally loose. She dates different men who take her to joints and afterwards sleep with her.

“I have reported her to her mother on several occasions, but she has refused to change despite the counsels given her.

“My lord, I plead that you hear my prayer of divorce,” the plaintiff begged.

Suliyat in her testimony pleaded thus:

“My lord, I plead that you don’t separate us. I don’t want divorce because my marriage to Adewale is the second, which is the reason I have endured his maltreatment of me.

“My husband abandoned me after I got pregnant. He would sometimes stay away from home for about three days or more without giving me a clue as to his whereabouts.

“When he’s home, all he does is to raise arguments over trivial issues and beat me to a pulp.

“Adewale hardly gives me and our only child’s feeding allowance. It was his sister who sometimes gave us the little she could afford to eat. She later took me to my mother in-law to work.

“He came home one day and moved some of his property out. He left with his clothes, our television set and the mattress. He left only the chairs.

“He returned all these after my parents and his mediated in our differences, but my lord, he, again, moved out a few weeks after this.

“I resorted to fate and took up the challenge of taking care of our child only to see him move in again.

“I had two  miscarriages after this, but he gave me no care. After going through some tests, it was discovered I had an infection and was asked to pay N20,000 for the treatment but he refused to provide the money.

“He lied that I’m promiscuous. I attended a friend’s party without his consent. He got annoyed and accused me of attending a concubine’s party,” she said.

The court president, Chief Olasunkanmi Agbaje, after he had heard both parties, stated that more evidence was needed.

Agbaje, therefore, adjourned the case and ordered both parties to come with their child and parents.