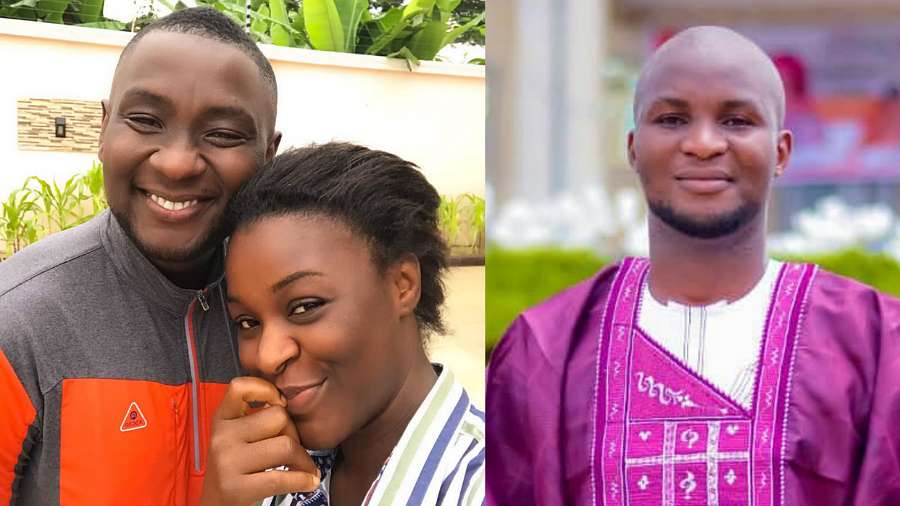 Aik Eke, a filmmaker and sibling to Nollywood actress, Chacha Eke, has debunked claims that his sister has being diagnosed with Bipolar.

Recall that in a viral video shared on Chacha Eke’s Instagram page on October 7, she revealed that she is currently in a hospital in Delta state where she is receiving treatment after being diagnosed to be Bipolar by psychiatric doctors.

However, her brother Aik has spoken up as he debunked the claim of his sister being diagnosed with Bipolar.

He also accused the actress’ husband of sharing the video on her Instagram page without her consent, while in a haste to clear his name at her expense.

He also warned his brother-in-law to let sleeping dogs lie as he is not innocent of what led to the end of his marriage. 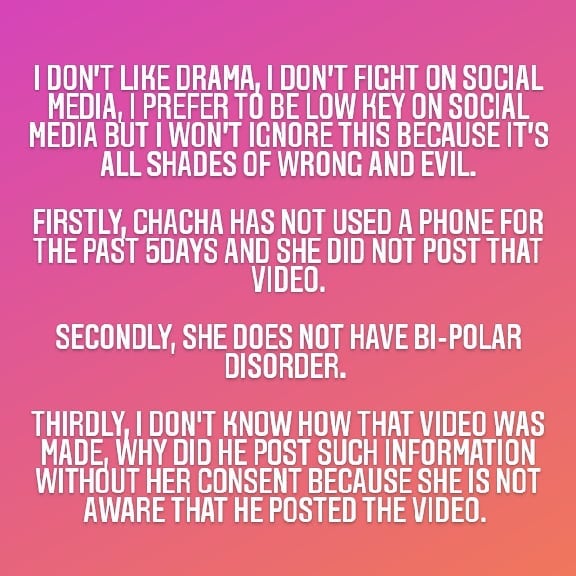 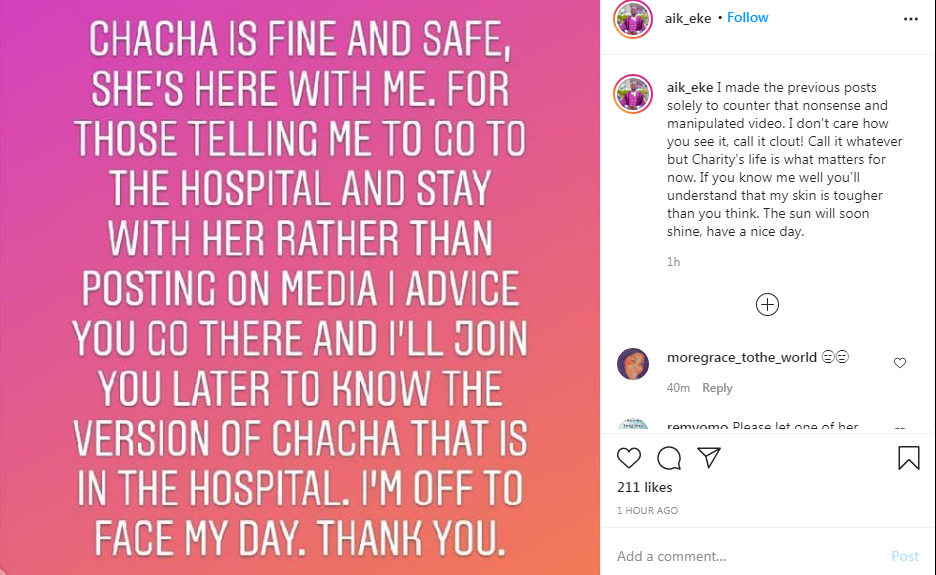 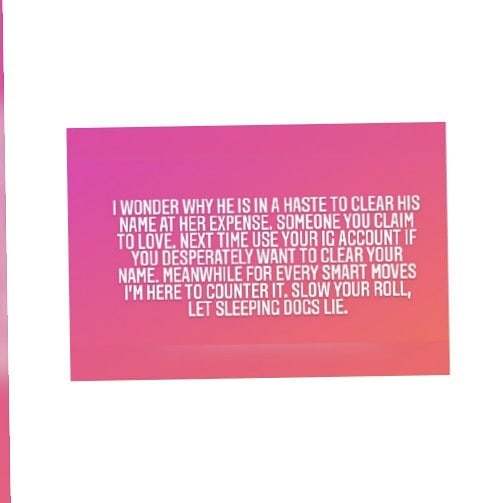 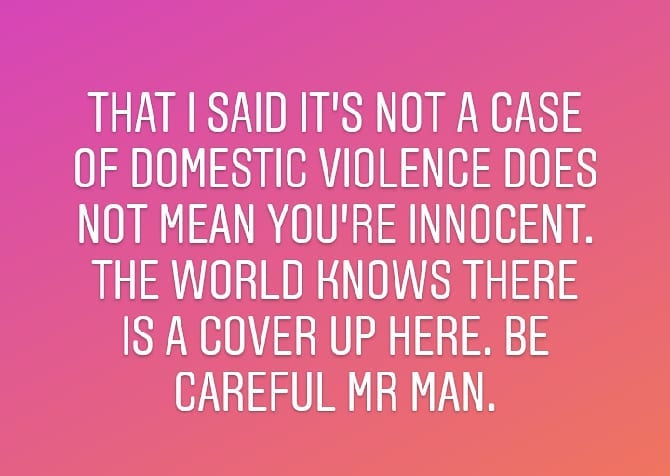 ‘We do not want SARS anymore,’ Falz speaks at protest