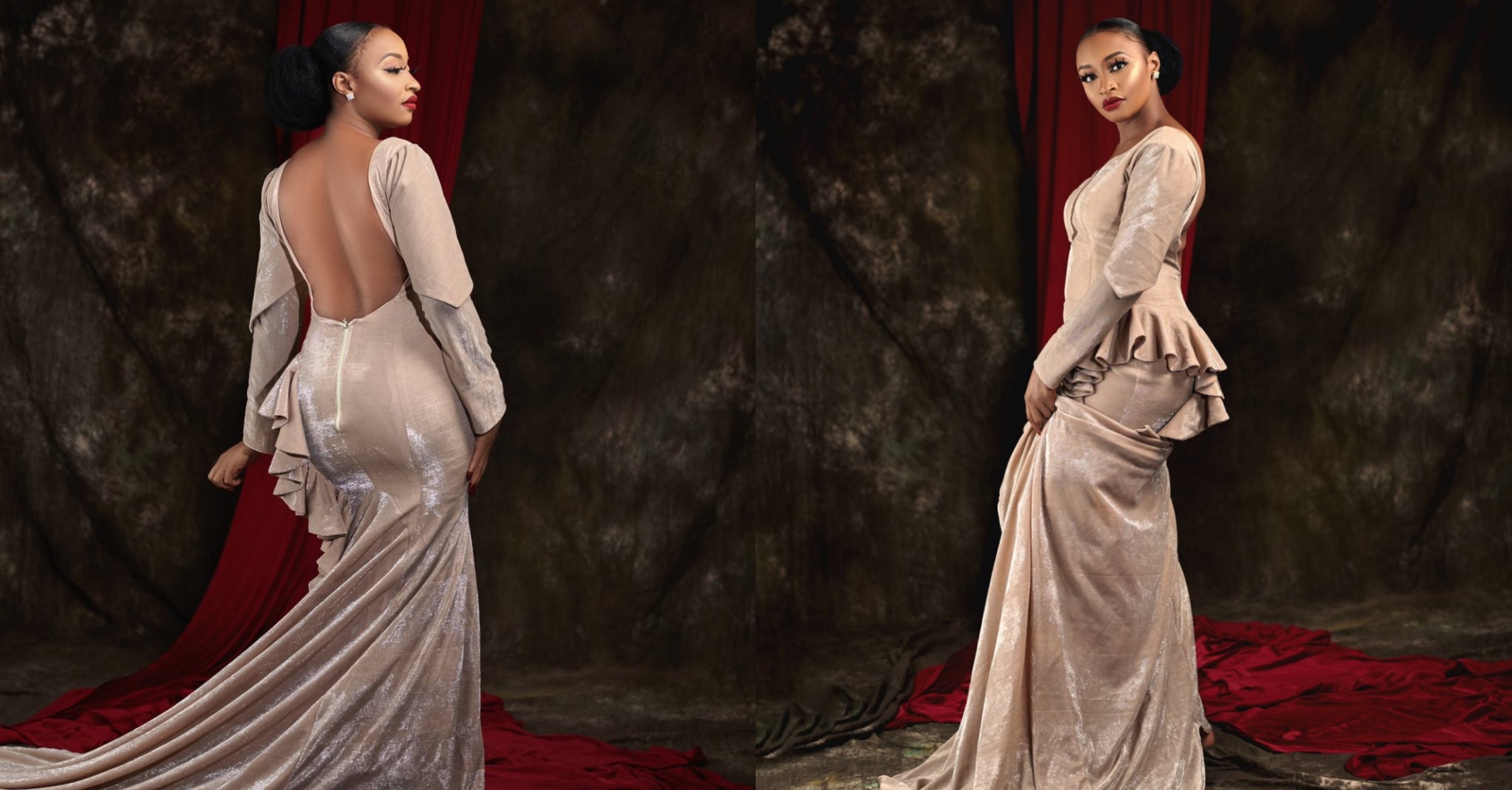 Actress Rahama Sadau has said that the viral pictures of her in a gorgeous dress led to blasphemous statements against her prophet and religion.

The actress was a major trend today after some Muslim youths attacked her over the dress which barely covered her back.

This led to a back and forth on social media with some users describing those who criticized the actress as fanatics.

Rahama Sadau who found some of the comments funny has now issued a statement in which she frowned at the way her religion of Islam was dragged on social media.

“Salam, it’s sad and unfortunate waking up to series of unexpected messages, tags & trends over the harmless pictures i posted. As a human, I laughed at some, frowned against many & disapproved most. To the most unfortunate event, some of these comments took a different dimension

“Having mixed followers,bashing each other’s faiths to the extent of creating trends like “Assistant Allah” (subhanallah), raining curses and some tweeting blasphemous words to our Prophet Muhammad (SAW)- this is the height of it and it stands condemnable and regrettable.

“I’m with all sense of sincerity, dissociating myself from such derogatory & hurtful words. To everyone who knows me or follows me, should know I’m not d type that react to anything or embrace advices from social media moral police.But my Prophet & religion is where i draw d line.

“Any disrespect to my religion and Prophet regarding those pictures remain condemned and reprobated, not in any way & not on any event. The perpetrators should learn to separate people’s way of life and respect for their faiths.

“I remain defender of my Prophet in heart, online and offline. I deeply and sincerely apologized for the unseen circumstances that led to these avoidable, yet regrettable it’s in human nature to judge others and act as saint, I appreciate those who felt offended & decided to call me through DM’s, Text messages & phone calls. That’s true love & I’m never taking that for granted.

“Lastly, To the bloggers & everyone that saw a chance to trend, I do not wish for you what you wished upon me. “Live & Let Live”.

Related Topics:FeaturedRahama Sadau
Up Next

I came out of prison a clearer person, Welsley Snipes opens up