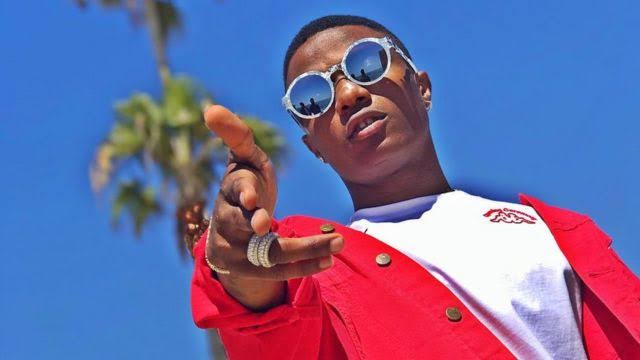 A Nigerian man, simply identified as Jossy Thegod,  has claimed that Grammy-award winner, Wizkid, is dining and wining with the devil.

Thegod, who made the claim in a post on his Facebook page on Wednesday, revealed that his pastor told him and others during a church service on Sunday that Wizkid sold his soul to the devil for fame.

He added that the singer’s popular nickname ‘Machala’ is derived from a Greek word that translates to ‘Demon’ in English.

Thegod, however, did not reveal how his pastor got this information about Wizkid.

“Wizkid has sold his soul to the devil. My pastor told us in church on Sunday that he had a vision and he saw that Wizkid is one of the top demons in hell.

He further added that anyone listening to Wizkid’s song is currently been controlled by the devil.

“And I asked one man if Wizkid has really sold his soul to the devil; the man said yes.

“1) His fan base name “Wizkid FC”, that FC is like an abbreviation of two ancient Latin words which are “Fwxeh ChwIn” it means Devil followers
“2) His Nickname “MACHALA” its a Greek word which means “DEMON”
“If you have been listening to Wizkid songs the Devil is currently in control of your life.” 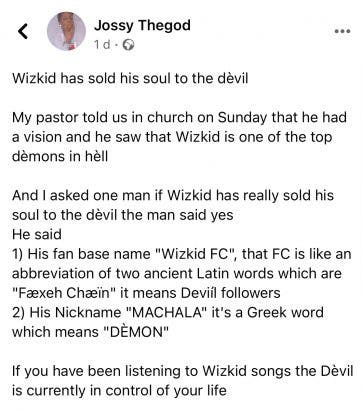 Introduction is not marriage, ‘YOUR VIEW’ host Ugboh on Davido, Chioma relationship drama