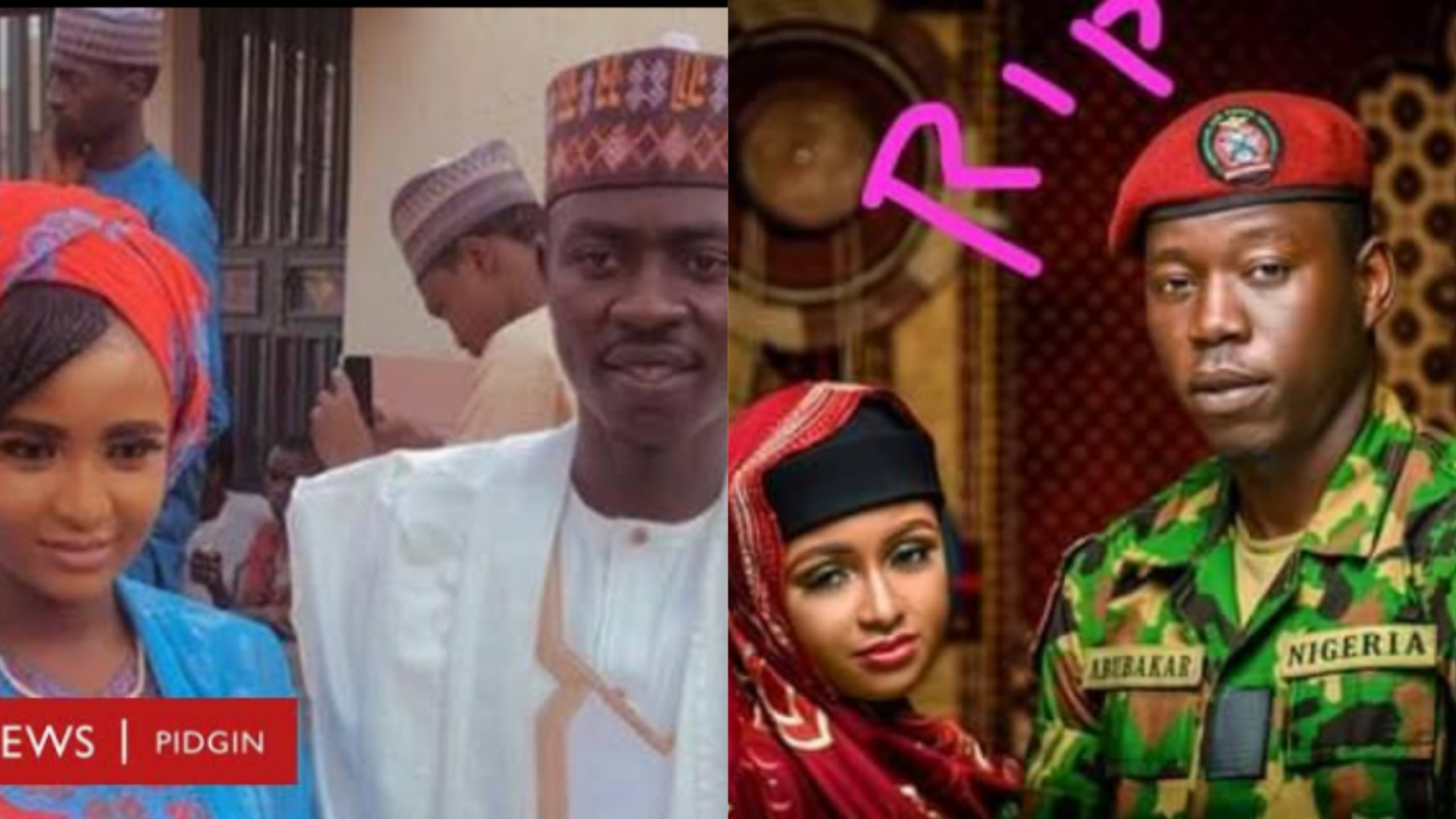 Kaduna-based man, Sulaiman Muhammad, who caused a stir online after he married Hajara Ahmad, the fiancée of his late brother Abubakar Muhammad who was a Nigerian Air Force officer, has spoken expressly on the reason for his actions.

Sulaiman who described the act as his ‘destiny’ wedded Hajara on March 20, 2021, about five weeks after the death of his brother.

“Abubakar was my immediate elder brother and I loved him so much that his death really pained me. So, what actually happened was that after his death, his fiancée’s family sent a message to us.

“The message was that she (Hajara) said she likes me and that instead of calling off the wedding which was just three weeks away at the time, it would be better that I replace my late brother and marry her. Today, we are married.”

He also said he had to explain to his previous girlfriend at the time the incident took place, adding that he was glad that she understood the situation.

Sulaiman said that his marriage to Hajara got the backing of both families.

“I had a girlfriend prior to the incident but I believe what happened has been destined to be so. I’m glad that my ex-girlfriend accepted it that way. Both families supported what we did and that is the most important thing,” he said.

Sulaiman, who works as an interior designer, said he remains unperturbed by comments on social media over his marriage to Hajara.

“It was even my friend that showed me some of the comments but that did not bother me at all because God has already blessed our wedding. In fact, it rained on our wedding day to show God’s blessings,” he added.

Sulaiman’s brother Abubakar was among NAF operatives killed during a gun duel with armed bandits at Ungwan Laya axis of Birnin Gwari, Kaduna on February 13.