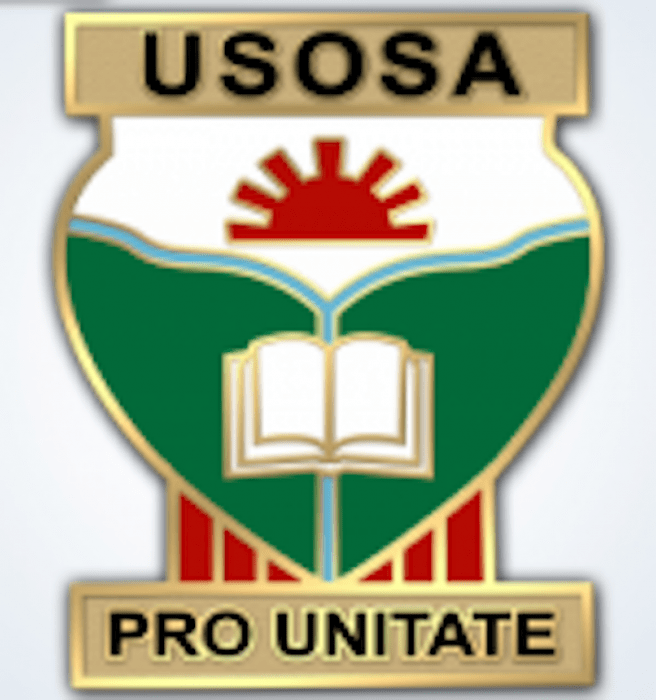 Muhammed-Oyebode made the assertion on Friday in her tributes, which was made available to newsmen in Asaba, after the burial of Okumagba.
Okumagba, who died on Nov. 19 at the age of 56, was buried in Warri, Delta on Friday.
Muhammed-Oyebode said: “Albert is a nation builder, and as a pioneer President-General of USOSA, he worked assiduously to birth and grow the body.
“He was spending his time and resources in those early days to give life to a community network of alumni, which comprises graduates of the 104 Federal Government Colleges in Nigeria, known as Unity Schools.”
The chairman also described Okumagba as an economist, capital market operator, and financial expert from Delta, and former Group Managing Director of BGL Group, a leading investment and financial services group.
Muhammed-Oyebode added that Okumagba’s passion for education and unity of Nigeria knew no bounds.
“The Unity Schools – the country as a whole – especially its education sector, will no doubt miss him,” she said.
Muhammed-Oyebode explained that it was Okumagba’s vision to grow what was initially an informal coming together of a few former students of various unity schools, and turn it into the formidable network of leaders that it is today.
“USOSA owes him a debt of gratitude, which can be offset if his legacy is safeguarded,” the association chairman said.
According to Muhammed-Oyebode, Okumagba is a de-tribalized nation builder who worked to leave his mark on the country, as envisioned by the founding fathers of Nigeria and the Unity schools.
She said that Okumagba tried to keep those tenets which were to advance the objectives of national unity, national development, and nation-building through quality and equitable access to education in Nigeria.
MORE READING!  FRSC boss orders immediate clampdown on rickety vehicles nationwide
Related Topics:Muhammed OyebodeOkumagba
Up Next