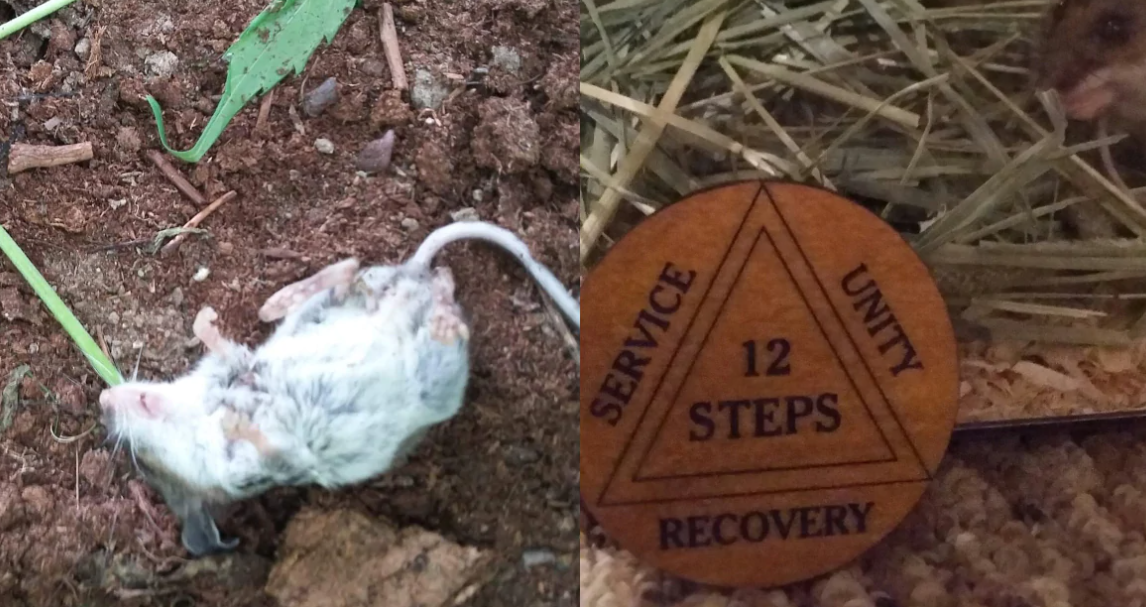 A mouse in Canada has successfully completed its stay in a makeshift rehab centre after it was caught chomping on cannabis leaves.

The tiny rodent which was caught plucking leaves from a weed farmer’s backyard for two weeks one day lacked the ability to sustain the high and dropped on its back.

It is important to note marijuana sale and production is legal in Canada. Colin Sulivan, the man who spotted the notorious animal on his farm, decided not to harm it or chase it and instead rehabilitated it.

Through his Facebook account, Colin often gave updates of the mouse’s progress and that left his followers in stitches.

He had built a tiny metal cage that was filled with dried leaves. The weed grower referred to the tiny thief as a pothead who loved stealing his leaves and passing out.

“He is missing an ear so it may be self-medication for his PTSD but I still think it is time for an intervention,” Colin joked in one of his posts.

The tiny thief stayed in the farmer’s rehab for six days where it was weaned off the weed then later released back to the wild.

“After a long and desperate battle with addiction, this little mouse has ground up his struggle, picked out the seeds and stems and is ready to roll out,” Colin joked.

In other news, Willow Smith had people gasping when she decided to show off her ripped body.

The beauty whose belly was toned to perfection flaunted her abs after an intense workout.

Her photo which was posted on Instagram had people dropping their junk food and running to the gym.

Willow looked strong and her thighs were covered in glorious muscles which peeked through her yoga pants.

MORE READING!  JUST IN: #EndSARS protesters to shut down Abuja airport today
Related Topics:cannabis leavesmouse in Canada
Up Next