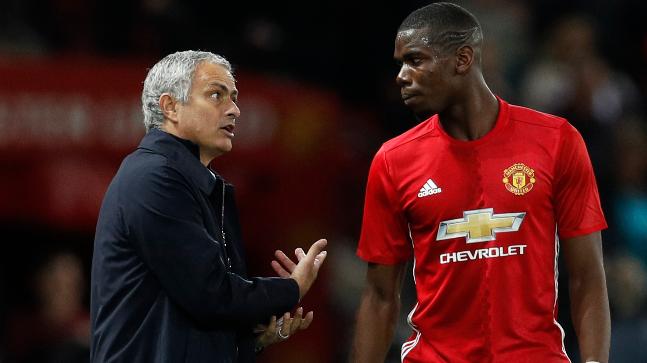 In an interview with Sky Sports, ahead of United’s Premier League match with Burnley, the French man revealed that he has a different relationship with Solskjaer than Mourinho.

Pogba who returned to United in 2016 for a world record fee of £89.3million was instrumental for the ‘Special One’ as they won the League Cup and Europa League in Mourinho’s first season at Old Trafford in 2017.

Things soon went sour between Mourinho and some United stars, including Pogba who he stripped of the United vice-captaincy in September 2018 before the club’s management sacked the Portuguese gaffer three months later.

“Maybe Ole wouldn’t pick them, but it’s not like he puts them on the side like they don’t exist anymore. That’s the difference between Mourinho and Ole.

“Once I had a great relationship with Mourinho, everybody saw that, and the next day you don’t know what happened. That’s the strange thing I had with Mourinho and I cannot explain to you because even I don’t know. So, yeah.”

“Maybe [Solskjaer’s methods work] because he is a bit closer to the people,” Pogba explained.

Pogba also spoke on the war of words between Mourinho and Solskjaer after the Norweigian criticised Heung-Min Son’s involvement in Edinson Cavani’s controversial disallowed opener in United’s 3-1 victory at the Tottenham Hotspur Stadium on Sunday.

United avenged October’s humiliating 6-1 defeat at the hands of Mourinho’s Spurs and Pogba thinks that’s all that matter and not the war of words, following Mourinho’s clap back to Solskjaer’s initial comment.

Pogba was equally dismissive of Mourinho’s attempt to deflect away from Tottenham’s performance, adding with a smile: “I don’t know what happened, I’m sure Mourinho said something that would make people speak, that’s what he does.

“We got the result we wanted, Ole knows it and we enjoyed that moment because we know Mourinho and we know what he likes. We don’t need this [war of words], we just focus on us.