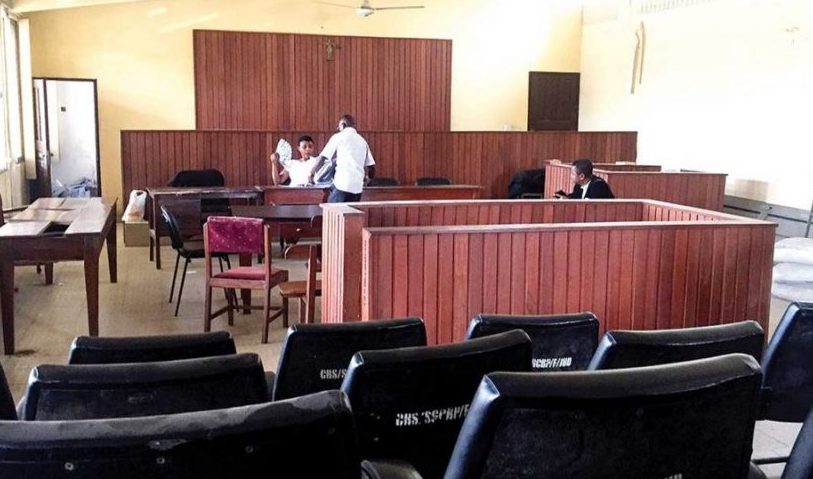 A 45-year-old commercial motorcyclist, Omotayo Oluwafemi, on Friday appeared in an Iyaganku Magistrates’ Court in Ibadan over alleged sexual assault of a 10-year-old girl.

The police charged Omotayo, whose address was given, with one count of sexual assault.

The Prosecution Counsel,  Sgt. Segun Adegboye told the court that Omotayo on Aug. 23, at  4.20 p.m. sexually assaulted a 10-year-old girl.

He alleged that the defendant also exposed his private parts to the minor at Sode Arola, Apete, Ibadan.

Adegboye said the offense contravened the provisions of Section 360 of the Criminal Code Cap 38, Vol. II, Laws of Oyo State 2000.

The defendant pleaded not guilty to the charge.

Magistrate Oluwayemisi Enilolobo admitted the defendant to bail in the sum of N50, 000, with one surety in like sum.

Enilolobo adjourned the case until Nov. 5, for hearing.

NAN reports that if Omotayo was found guilty of the charge, he was liable to two years imprisonment

Related Topics:Minormotorcyclistsexual assault
Up Next