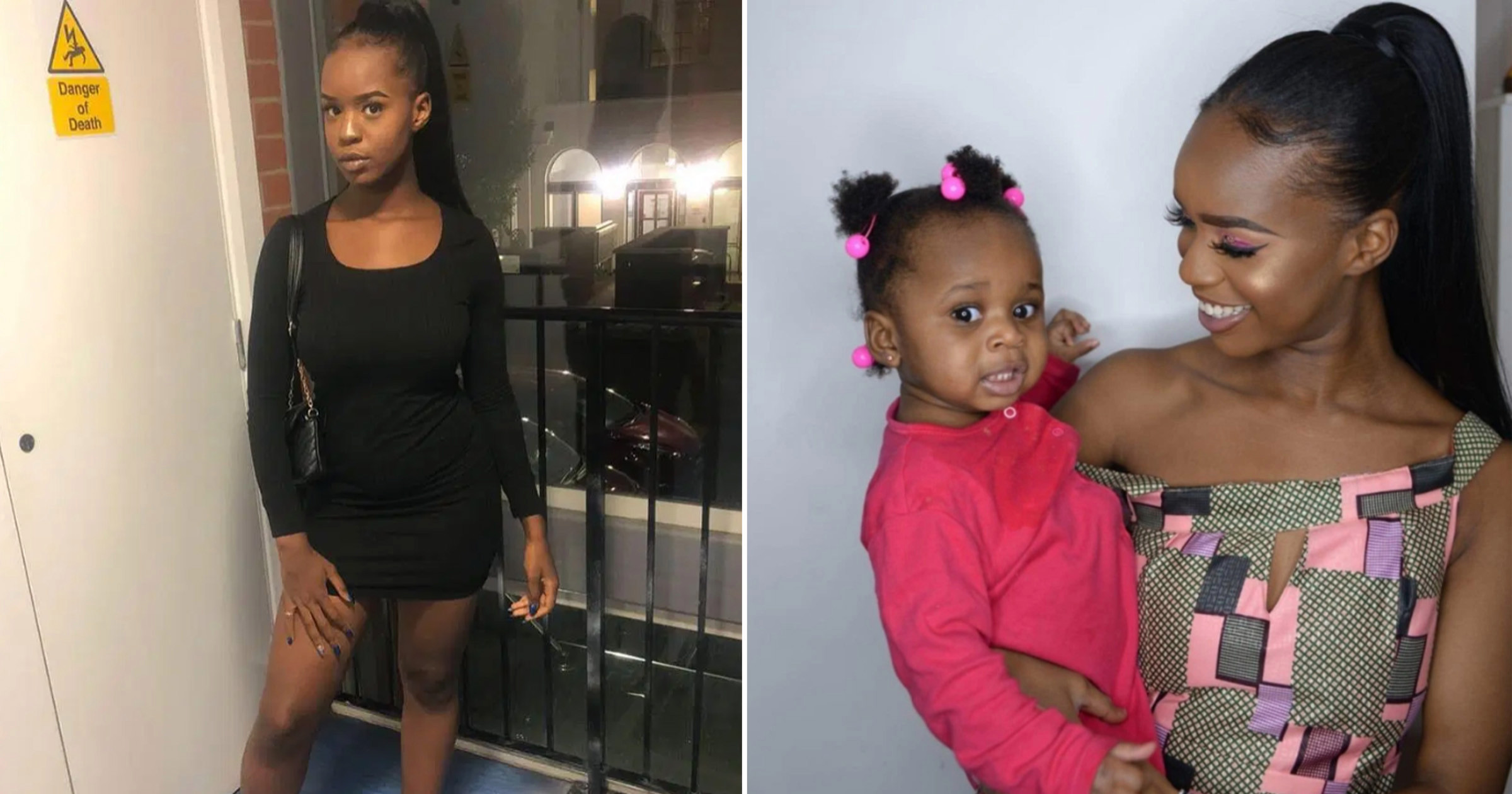 A 19-year-old teenage mother, Verphy Kudi, is facing charges of manslaughter for allowing daughter to die of starvation for six days.

Daily Mail reported that the 20-month-old toddler, Asiah Kudi, who had been abandoned about 11 times in the past, starved to death while the mother was out partying.

Asiah, perished in the supported housing block in Brighton after being abandoned for six days with no food or water in December 2019.

Kudi who had been celebrating her 18th birthday on benders in London, Coventry, and Solihull – 150 miles away – last month pleaded guilty to manslaughter.

It has now been revealed the young mother had left Asiah unsupervised 11 times in the weeks from mid-October 2019 to the toddler’s tragic death.

On the first occasion, she was reportedly spoken to by concerned staff at Gocher Court, the accommodation for vulnerable families where she lived.

These previous occasions were brought to light by the prosecution at a bail hearing in Hove last year, according to The Times.

YMCA DownsLink Group, which runs Gocher Court, said staff were ‘aware of a safeguarding incident’ involving Kudi in mid-October, and had contacted the authorities.

But one of Kudi’s relatives told the newspaper last night that the family was never alerted to her behavior and this was the first time they had learned of it.

YMCA said it was not familiar with the other reported occasions, but prosecutors believe seven of the incidents are of a serious nature.

They include the final occasion Kudi left Asiah on December 5 before returning to find her dead on December 11.

A post-mortem examination and forensic tests found that Asiah starved, was dehydrated and developed flu.

Her cause of death was given as neglect.

Last month Lewes Crown Court heard how, after returning home from the party spree, Kudi called 999 saying her baby would not wake up.

Asiah was taken to Royal Alexandra Children’s Hospital in Brighton but was declared dead on arrival.

Kudi, who is due to be sentenced next month, has repeatedly gone missing since the age of 14 and been the subject of numerous police appeals.

At court last month her father Muba Kudi, 59, said: ‘My heart is so broken. My daughter was missing. She had been missing since the age of 14.’

Last month YMCA Downslink said: ‘This tragedy has shocked us all. Our staff, particularly those who work the complex, have been and continue to be, deeply affected by it.

‘Verphy Kudi and her daughter, Asiah had been living at the independent living flats, for 11 weeks, when Asiah died.

‘We will be working with the Safeguarding Practice Review to understand any lessons that can be learned from this tragedy.

‘Our sympathies and thoughts are with the family and everyone affected by this tragic event.’

YMCA DownsLink was handed a three-year contract worth £336,000 by Brighton council to run the accommodation, starting on September 1, 2019.

A council spokesperson said last month: ‘We have been deeply saddened by this tragedy.

‘The case is currently the subject of criminal proceedings, and the city’s Safeguarding Children Partnership is also conducting a review of the circumstances in to the tragic death of this young child.

‘We are undertaking an internal review, which will feed into the partnership review.

‘We have fully supported the police investigation, and are committed to working with the Partnership in its review and taking learning from this.

‘Asiah was not on a child protection plan and was not involved with social work services when she died.

‘It would not be appropriate for us to comment further while the criminal proceedings and reviews are ongoing.’