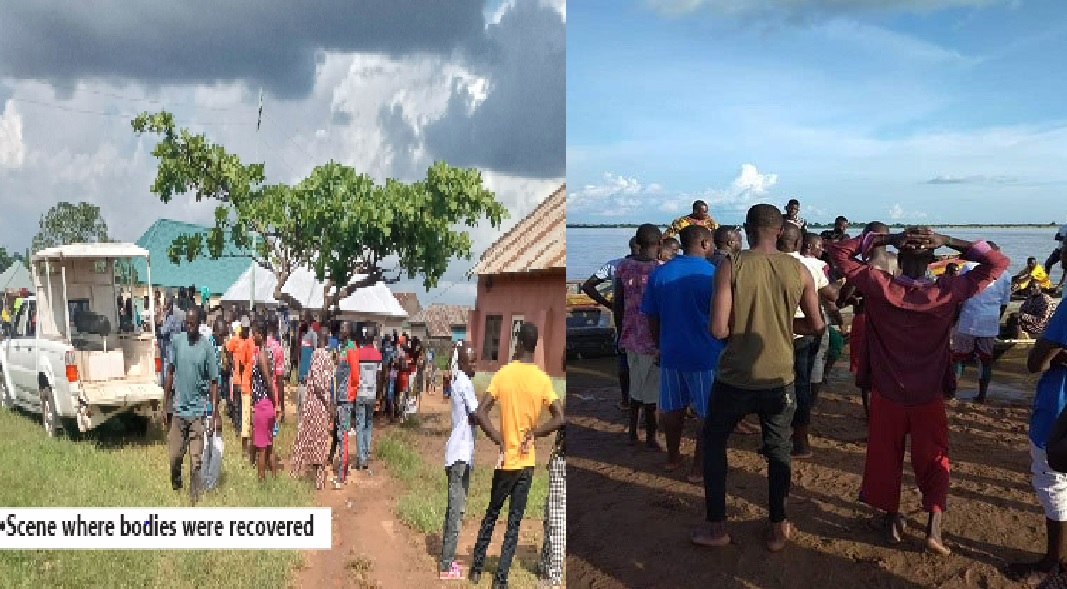 More details have emerged on the doomed boat which capsized and killed no fewer than 26 youth, including a set of 16-year-old triplets on the River Benue.

WuzupNigeria reports that on Sunday 5 July 2020, a boat carrying 28 youths of the Evangelical Church Winning All (ECWA) in Adeke, Makurdi capsized on River Benue, killing no fewer than 26 of them, including a set of triplets.

The triplets were identified as Peter, Paul and Paulina. Their dad, a mobile policeman identified simply as Inspector Bulus, was said to be away on Special duty at the time the incident occurred.

The police officer was also said to lost two other members of his household, Miss Sadutu Kabina and her sister, Precious,  to the boat mishap.

It was gathered that the youths were going on an evangelism mission to a neighbouring community when tragedy struck.

The Secretary of the English Section of the ECWA church, Miss Favour Simeon, said she was with the 26 youths who died in the accident at Sunday service earlier in the day.

Simeon recalled that shortly after the Sunday service, the youths had come together and decided to embark on evangelism in another community across the River Benue, The Nation reports.

Simeon, an acquaintance of the 16-year-old triplets who would have celebrated their 17th birthday in September, said,

“Their mother actually warned them against going to River Benue because the volume of its water had increased, but one of them (Paulina) accused her of trying to weaken her faith.

“It was on that basis that their mother allowed them to travelled for evangelism.”

She described the incident as unfortunate, saying that the deceased triplets were devout Christians who had strong faith in God and loved to worship Him.

Asked how she received the news of the death of her church members, she said:

“My elder brother called me on the phone and asked if I went to evening service and I said no. He requested for Shadrach, one of the victims’ number.

“I was trying to call my brother again when a neighbour ran to me and said a canoe had capsized with our church members on board and all of them had died.

“I ran straight to the house of the triplets at Mobile Barracks and saw people gathered and the mother was crying.

“I ran to the bank of River Benue where the incident occurred and saw a body recovered on the bank of the river. I wept profusely.”

She blamed the police for what she described as a poor rescue operation, saying it took the intervention of the Benue State Commissioner of Police before the Marine police move to the scene for a search-and-rescue operation.

“By then, it was too late as most of them had drowned,” she said.

Grief seized the atmosphere at Squadron MOPOL 13 Mobile Barracks when our correspondent visited. Some residents of the barracks were seen in front of their houses weeping as relations and friends trooped in to console them.

The grief was, however, more pronounced in the home of Inspector Bulus because apart from his triplets, two other members of his household, Miss Sadutu Kabina and her sister Precious, were said to have died in the boat mishap.

Inspector Bulus was yet to return from the special duty as of this report.