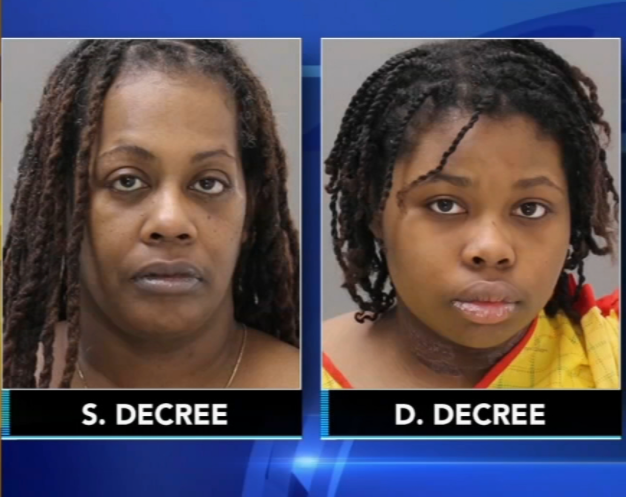 A mother and her daughter have pleaded guilty in the 2019 murders of five of their family members who they killed because ‘demons told them’ the victims ‘wanted to die.’

47-year-old Shana Decree and her daughter Dominique Decree, 21, will both serve five consecutive life sentences after pleading guilty but mentally ill to five counts of first-degree murder and one count of criminal conspiracy in connection with the killings in Pennsylvania.

According to the Sun, the victims’ bodies were discovered on the afternoon of Feb. 25, 2019, in a bedroom inside of an apartment on 200 West Bridge Street in Morrisville.

A children and youth services caseworker who went to the Decree family home found the bodies of Shana’s children, Naa’Irah Smith, 25, and Damon Decree Jr, 13, according to WPVI. The worker also found the body of Shana’s sister Jamilla Campbell, 42, and Campbell’s nine-year-old twin daughters Erika and Imani Allen.

Family members claim the mother and daughter were involved in some kind of religious cult, according to the news outlet.

During their investigation, the suspects first claimed that “demons” had ordered them to kill their family members before saying they believed everyone inside the apartment “wanted to die.”

At the hearing, the mother and daughter tearfully apologized to the court and other relatives in the courtroom.

“The hardest thing for me to do is decide who to say I’m sorry to first,” Shana Decree said. “To my family, I am sorry for taking away these beautiful souls in such a horrible manner.”

Dominique Decree sobbed and told the court that her actions will eternally haunt her.

“I’m so sorry for everything that happened, and I truly don’t understand why it happened,” she said.

Shana and her daughter Dominique will both serve five consecutive life sentences.

Matt Weintraub, the Bucks County District Attorney said in a statement after the sentencing:

“Today, we mourn with the families of Erica and Imani Allen, Damon Decree, Naa’irah Smith, and Jamilla Campbell, who were all murdered by mother and daughter Shana and Dominique Decree,” Weintraub said.

“Were it not for their severe mental illness, both would face the death penalty. As it stands, they both will spend the rest of their lives in prison cells separated from the rest of us, as punishment. “ 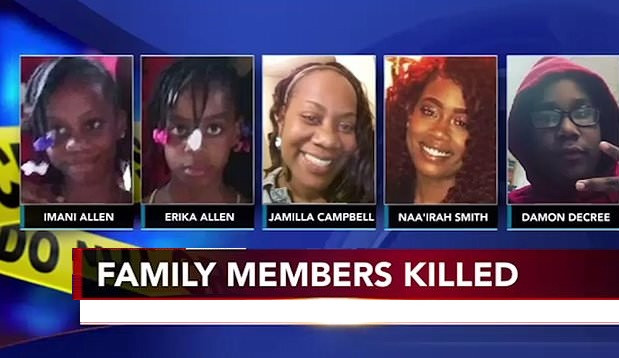