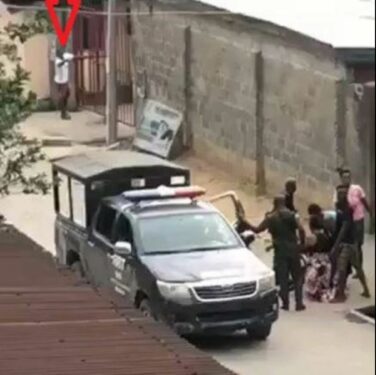 It was gathered that the suspects were lynched with car tyres on Sunday night at different spots in the metropolis, despite the 10 pm to 6 am curfew.

Investigation on Monday morning revealed that one of the suspects was burnt to death at Atu by Palm Street, the second one was lynched at Mayne Avenue by Inyang, while the third victim was burnt at EfioAnwan Street at Anantigha, in Calabar South.

An eyewitness who described how the victim at Atu by Palm Street was killed, said,

“He went to steal at a different location, so he was caught and brought to Atu by Palm Street where he lived and burnt to death.

“He uses a master key to break into people’s houses and shops to steal. You can see the keys beside his burnt body.”

Describing the incident at Mayne Avenue by Inyang, a tricycle operator who pleaded for anonymity said,

“He used to drive Keke Napep, suddenly he stopped. I don’t know that he has gone into stealing.”

Residents also described the victim lynched at EfioAnwan as someone who lived around and was notorious for stealing in the neighbourhood before he met his Waterloo.

It was alleged that whenever he was arrested by the police, he would be freed, boast and still continue with his stealing.

When contacted, Police Public Relations Officer, Cross River State Command, DSP Irene Ugbo, said “I will find out and get back to you. However, jungle justice is not the way out.”

MORE READING!  Graphic images: See what happened to woman while jogging on Lekki-Ikoyi link bridge
Related Topics:
Up Next