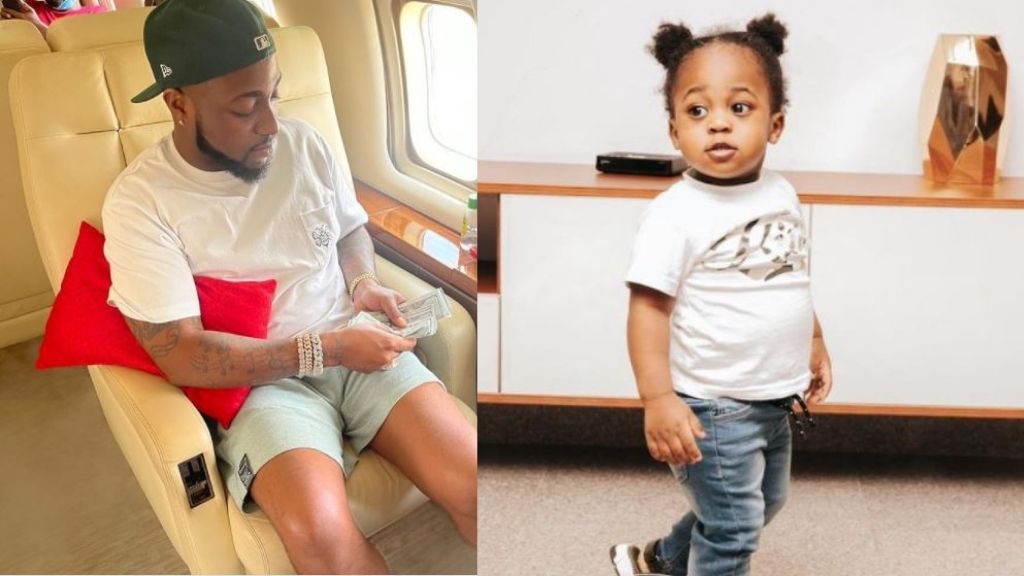 Popular singer, David Adedeji Adeleke popularly known as Davido, on Monday disclosed that his son “Ifeanyi” would be heir apparent.

This is just as fans were divided over the declaration with some cautioning him for choosing the boy ahead of his other daughters.

An heir apparent is a person who is first in an order of succession and cannot be displaced from inheriting by the birth of another person.

By contrast, an heir presumptive is someone who is first in line to inherit a title but who can be displaced by the birth of a more eligible heir.

The DMW boss made this known on his official Instagram page.

While sharing exquisite photos of the boy who he christened David Ifeanyi Adedeji on the social media platform, the 29-year artiste captioned it “Heir Apparent.”

Ifeanyi is the son he shares with ex-fiancee, Chioma Rowland.

Expectedly, his fans couldn’t keep mute as they reacted to the post.

A fan, stevemikeoffical wrote; “This is not the comment you’re looking for, just keep scrolling.”
Amebo.lovren_empire, on her part, wrote that “So this little Ifeanyi is richer than me?”
A worried user of the social media app, amandachisom_ expressed disgust at his post when she said, “So the girls are not good enough to be heir apparent even when they are older than him??”
charlesforreal_a wrote; *HEIR APPARENT

Recall that the mother of singer only son, Chioma, had her birthday some days back and there were rumors of their breakup after she failed to stop her live video when a close family member of the singer started talking about her relationship with her son’s father.

In the spirit of celebration, Chioma had chosen to go live on Instagram and aired the goings at her birthday party.
However, a moment that stood out from the live broadcast was when Davido’s cousin gave a remark.
In his remark, Davido’s cousin, Clarks Adeleke, said;

“I don’t know if you are going to be angry, but I am going to say this, no matter what happens between you and my brother, he loves and appreciates you.

“You were friends before anything and remember you have a beautiful son together.”

In reaction, Chioma gave a rather serious look, rolled her eyes and lamented: “Clarks you make me sick…”

Related Topics:DavidoMixed reactions
Up Next