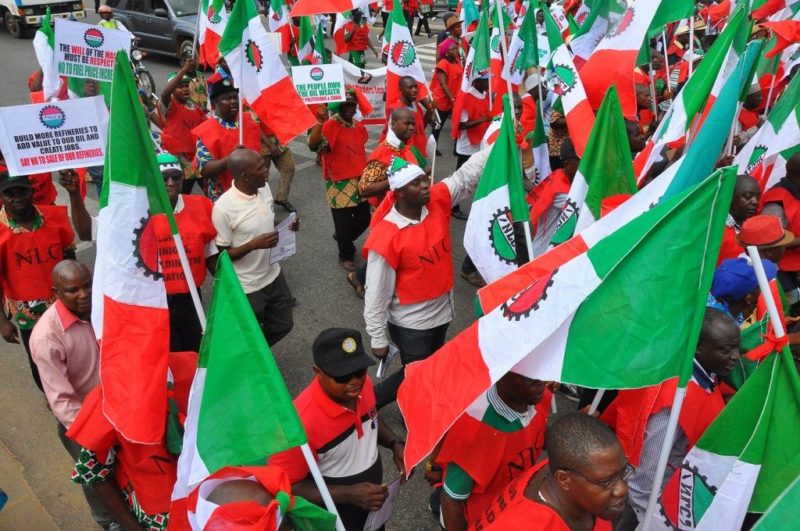 Some Nigerians have commended leadership of the Nigeria Labour Congress (NLC) and Trade Union Congress (TUC) over the suspension of the industrial action scheduled to commence on Monday morning.

Labour announced the suspension of the planned strike following an agreement reached with the Federal Government at a meeting which ended in early hours on Monday.

The agreement reached between the labour unions and government was for the reversal of the hike in electricity tariff and provision of palliative to cushion the effect of the increase in pump price of fuel.

Some Nigerians, however, decried the suspension of the planned strike, describing the hike in the price of petroleum and electricity tariff as “inhuman’’.

Those in support of the strike suspension, told NAN in Ibadan, that the suspension would give the leadership of the unions and the representatives of government the opportunity to resolve the issues at stake.

According to Mr Kunle Ogunsanmi, a retired public servant, the economic situation of the country does not warrant any form of industrial action.

Ogunsanmi appealed to both the Federal Government and the labour leaders to shift grounds on the issues at hand, for the overall interest of Nigerians.

Also, a university student, Bolaji Ayeni, said the strike suspension would save the education sector from losing the whole academic session which had been battered by the outbreak of COVID-19 pandemic.

On her part, Mrs Romoke Adeyelu, a civil servant, expressed disappointment over the suspension, saying that the hike in electricity tariff and petrol have negatively affected the living standards of an average Nigerian.

Adeyelu said the strike would have been the masses weapon to resist the unpopular policies of government.

Mr Tunde Ojuawo, another civil servant, said that reversal of electricity tariff was not enough reason to suspend the planned strike.

Meanwhile, quite a number of civil servants in the state were caught unaware of the suspension of the strike and therefore reporter late at their duty posts on Monday.

The civil servants who pleaded not to be named, said they got to know about the suspension on social media around 8 am and hurriedly prepared for work.

Also, some students and teachers reported late to school because of the planned strike.

A Principal of a popular private secondary school told the Newsmen that he was inundated with phone calls by parents and teachers until 10 pm on Sunday night to know whether the school would be opened.

The principal said that the news of the suspension of the strike was aired only on Monday morning which accounted for some teachers and students arriving late for classes while some students did not come.

Armed policemen in patrol vehicles were stationed at strategic locations within Ibadan metropolis especially at the State Secretariat gate, Mokola roundabout, at the entrance of the NLC secretariat in Ibadan and Orita Challenge.

I tested positive to HIV after being gang-raped for being gay, Nigerian chef cries out