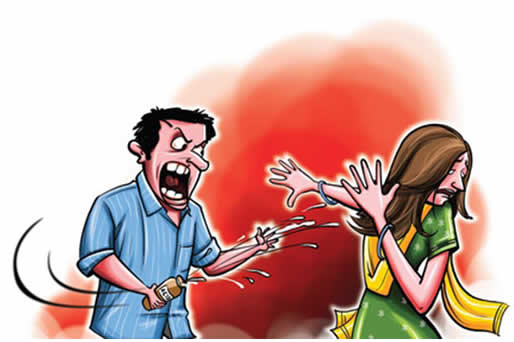 A woman has been left temporarily blinded in one eye after having a substance believed to be acid thrown in her face in a pub.

It has been revealed that the attacker had mistaken her for someone else.

The woman suffered agonising injuries at around 11pm last Friday after two men hurled the noxious substance in a bottle.

It is believed that she was not the intended target of the attack in The Glad Abbot pub in Glastonbury Road, Bury St Edmunds, Suffolk.

Police believe that the attack could be linked to an incident nearby when two cars were seen being driven dangerously and colliding with each other.

The woman was treated at the scene by ambulance paramedics before being taken to West Suffolk Hospital, Bury St Edmunds.

A Suffolk Police spokesman said: “At this time, she has temporarily lost the sight in one eye and is receiving further medical attention.

“Work is underway to determine what the substance was. Officers are not treating the incident as a random attack; however, the victim is not believed to have been the intended target.”