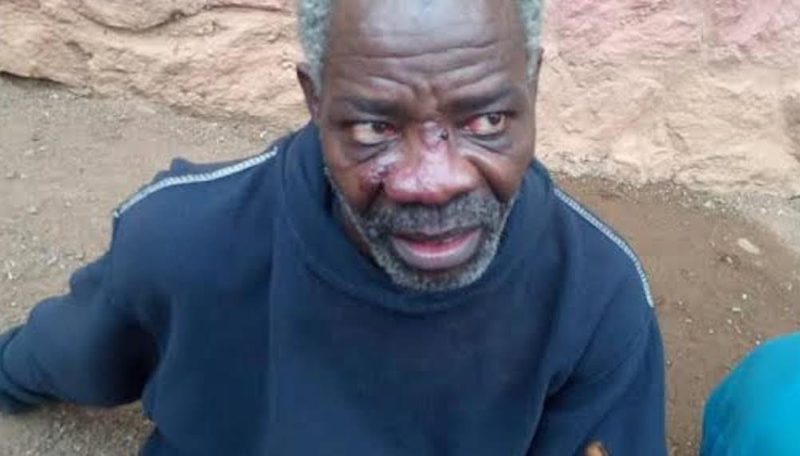 A Prophet, who impregnated two underaged siblings, and allegedly scammed their mother of N1.5m has revealed the kind of ministry he would establish should he escape justice at the court of law.

The cleric, who admitted that he had sinned against God, said he would embark on prison evangelism if forgiven.

Ebenezer Ajigbotoluwa, the founder of Church of the Lord of Isreal, Olomore, Abeokuta, the Ogun State Capital, also blamed Satan for his actions.

The 57-year-old was paraded alongside 37 other suspected criminals at the state police headquarters, Eleweran, Abeokuta, on Monday.

He, however, denied impregnating the two sisters, claiming that he only impregnated one whom he was legally married to.

Ajigbotoluwa explained that he was deceived by an evil spirit to marry the girl.

“There is no man of God that Satan will not hunt, except the person that his time has not come.

“If I can have favour from God, Nigerians and the government, then it is my promise that I will turn a new leaf and I will be preaching to prisoners.

“I will be going to cells to preach to them; that is the kind of ministry I want to establish to change people if God can give me the grace.

“If I knew it was bad, I wouldn’t have done it; as it’s happening now, it is a disgrace to me.”

The embattled pastor asked people not to use his life to judge other Christian leaders.

“I am crying because of God, because the name of God should not be put to shame, especially when you’re talking of white garment church.

Meanwhile, the state Commissioner of Police, Edward Ajogun, while parading the 38 suspects, said they committed offences ranging from armed robbery to murder, cultism, rape, among others.