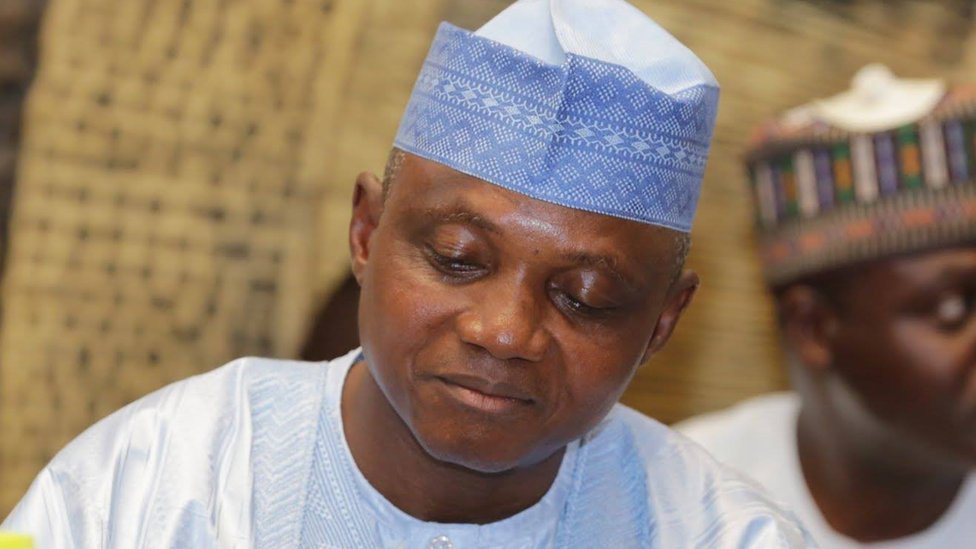 Nigeria’s Attorney General and Minister of Justice, Abubakar Malami, last week hurled himself feet first into a dry swimming pool as he tried to object to a southern ban on open grazing.

In the television event, Mr Malami struggled to assert himself, but was painfully unprepared and incompetent.  He described the collective decision of the Southern Governors Forum (SGF) to ban the practice as “unconstitutional,” comparing it to “…as good as saying, perhaps, maybe, the northern governors coming together to say they prohibit spare parts trading in the North.”

It was a scandalous view of the notion of one Nigeria and an insult to Nigerians who live and work outside their ethnic or state origins without bringing intimidation and violence with them.

Perhaps Malami ought to have sent a knowledgeable subordinate armed with knowledge of the constitution, as he appeared to have been completely out of his depth. The AGF referred to the document but did not demonstrate that he even owns a copy.

I diagnose Malami’s condition as the Garba Shehu Syndrome.

I have never met either man.  Ever since the President, Major General Muhammadu Buhari (retd) appeared to forget the meaning and substance of the presidency, however, Mr. Shehu it is who has stepped in as something of an acting president.

Where Mr. Buhari ought to speak, it is often Shehu who does.  He announces.  He declares.  He describes.  He explains.  He answers.

It is a powerful profile, and I often disagree with the spokesman, but this role, of a de facto president, has granted Shehu an inestimable uniqueness, and perhaps great envy, within the administration: the kind that would drive a desperate cabinet minister to a television studio to embarrass himself.

Malami’s mission appeared to be unclear even to Malami.  If it were to explain the constitution, he made a mess of that.  If it were to denigrate the SGF, he could not explain how the call for restructuring is invalid unless the states first “restructure.”

It is why you should never send a politician to do a professional’s job…unless you are the politician, and you are trying to advertise yourself.

“It is about constitutionality within the context of the freedom of expression enshrined in our constitution,” he stated of the ban on open grazing in the South, asking, “Can you deny the rights of a Nigerian?”

Of course not.  That was never the issue.

And then Malami stepped into it, appearing to compare coconuts and kolanuts: some nonsense about northern governors possibly banning spare part trading in the North.

Malami has made many blunders since Buhari plucked him out of professional obscurity in 2015 and installed him in the Ministry of Justice, but comparing the ‘rights’ of cattle to graze openly in the 21st century to those of humans to make a peaceful living will haunt him for the rest of his life.

This is what the Garba Shehu Syndrome is: it makes a man to destroy himself trying to justify the unjustifiable to President Buhari.

It is remarkable that within hours, it was real cattle herders—not politicians or lawyers or journalists—who provided Malami with real-time education, as the Miyetti Allah Cattle Breeders Association of Nigeria (MACBAN) expressed support for the ban on open grazing.

At a press conference in Kaduna on Thursday, MACBAN leader Sarkin Fulani confirmed that open grazing practice is unscientific, out of time and out of place, and that (eliminating) it is the answer to the farmers-herders crisis.

Jibrin said: “As a full-blooded Fulani Man, Sarkin Fulani, and Patron [of MACBAN], and concerned Fulani Leader in Nigeria, I have a free mind on anyone recommending a ban on open grazing, free movement of herders, and cattle in Nigeria because the practice is getting outdated and it is necessary for Nigeria, especially the Fulani race to study critically the traditional open grazing believing that the 21st century may never accommodate it.”

He drew attention to best international practice, declaring that Nigeria cannot continue with open grazing.  “In order to effect a change, the Fulani elites should be bold enough to come out with alternatives to open grazing and advise the Fulanis in Nigeria accordingly.”

Jibrin called for understanding of those who object to reject open grazing, and called for dialogue towards national unity.

“Nigeria must remain one entity and one Nigeria as against what is happening now,” he stressed.  “We should rely more on dialogue, and mediation with herders, Fulani leaders, traditional rulers and our governors [to] end this feud.”

Jibrin even praised the southern governors for their new policy.  “I have fully observed the feeling of many groups and individuals in Nigeria about open grazing,” he said. “There is so much condemnation from Nigerian Governors, Northern Governors, Southern Governors etc. These groups and individuals should never be condemned and must be praised for their bold comments trying to modernise and improve cattle rearing in Nigeria. Another reason why we should shun away from open grazing is the way old methods of settlements of crises between herdsmen and farmers have been abandoned…”

I do not know whether Malami took this MACBAN class well, or if he will accept treatment for his Garba Shehu Syndrome.  As a man of power, he may well feel that cattle herders have humiliated him, and seek vengeance: not on them, but on the SGF and the rational argument they make.

Last week, Ondo State Governor Rotimi Akeredolu told him the governors were ready.  “Mr Malami is advised to approach the court to challenge the legality of the laws of the respective states banning open grazing and decision of the Southern Governor Forum taken in the interest of their people,” he said.  “We shall be most willing to meet him in court.”

It would be fascinating to see Malami take his immature television heroism into an actual courtroom.  But that performance, and the terrible words which came out of his mouth are a reminder of the evil that the Buhari administration has become.

But Nigeria is far bigger than any government, and particularly the kind of grotesque animal that now passes for one in Nigeria.  To that end, MACBAN’s affirmation of Nigerian unity is a lesson.

That lesson is that it is cynical governance that is the pre-eminent threat to Nigeria.  It is that threat—not each—that Nigerians must unite against, defeat, and resolve never to permit again.

The blindness of privilege: Pastor Paul Adefarasin and his call for an exit plan BY Chika Unigwe