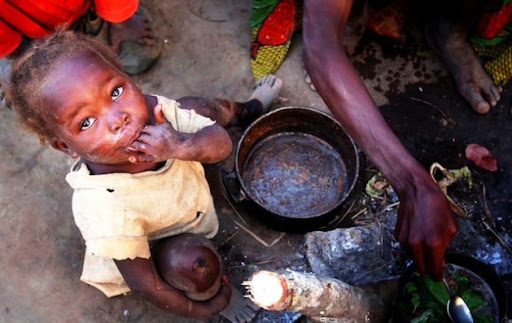 Millions of people in Southern Angola are facing an existential threat as drought aggravated by climate change continues to ravage the region, Amnesty International has warned.

The organisation highlighted how the creation of commercial cattle ranches on community land has driven pastoralist communities from their land since the end of the civil war in 2002.

This shift has left huge sections of the population food insecure and paved the way for a humanitarian crisis as the acute drought persists for over three years when drought struck over three years ago, the human rights watchdog said on Wednesday.

“Millions of people in southern Angola are on the brink of starvation, caught between the devastating effects of climate change and the land diversion to commercial cattle farming,” said Deprose Muchena, Amnesty International’s Director for East and Southern Africa.

He said this drought – the worst in 40 years – has torn through traditional communities who had been struggling to survive since they were dispossessed of vast swathes of grazing land.

Muchena said the Angolan government must take responsibility for its own role in this dire situation, and ensure reparations to affected communities, and take immediate steps to address food insecurity in the rural areas of Cunene and Huíla provinces.

Amnesty International said Angolans living in the Cunene and Huíla provinces have been especially hard hit by the persistent drought.

It noted that the 2020/21 rainy season was abnormally dry, meaning the situation is likely to get far worse in the coming months.

And according to the World Food Programme (WFP), the lack of rainfall in the period between November 2020 and January 2021 has already caused the worst drought in the last 40 years.

The WFP has observed that as a direct consequence of the drought, malnutrition is peaking, and access to water, sanitation and hygiene are increasingly precarious with negative impacts on local communities’ health and nutrition.

In May 2021, the WFP estimated that 6 million people in Angola had insufficient food, with food insecurity most prevalent in the south of the country.

It also noted that more than 15 million people are using crisis or emergency livelihood-based coping strategies, such as spending savings or reducing non-food expenses.

The drought has made the lives of traditional pastoralist communities very difficult and hunger has driven thousands across the Namibian border since the start of March 2021, according to the International Federation of Red Cross and Red Crescent Societies (IFRC).

The Intergovernmental Panel on Climate Change (IPCC) has observed that “frequency and intensity of droughts has increased in some regions” including in southern Africa since pre-industrial levels due to global warming.

It said that “the frequency and intensity of droughts are projected to increase particularly in the Mediterranean region and southern Africa”.

Amnesty International called on Angolan authorities and the international community to ramp up their relief efforts, including providing sustained and regular emergency food assistance and access to clean and safe water for domestic use and consumption in the rural areas of Cunene and Huíla provinces.

Related Topics:Millionssouthern Angola
Up Next