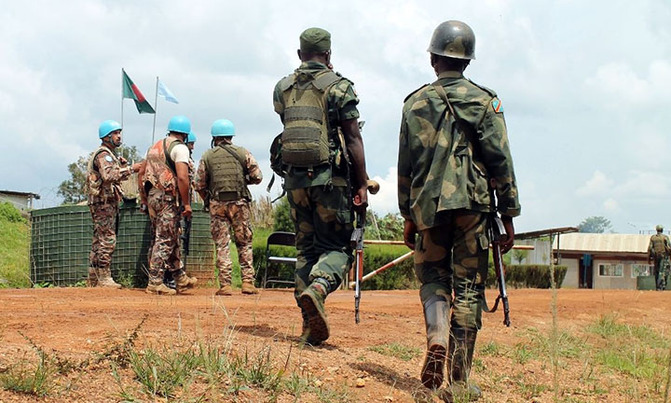 Suspected Islamist militants have killed 18 people in the restive north-eastern Nord Kivu province, the latest incident in a region where the army and UN forces are fighting several armed groups.

Victims, most of them in their homes, were killed by gunshots and knives. The attackers also set fire to several homes, churches, and businesses at 19:00 local time on Wednesday, they said.

The head of a civil society group in Mamove, Kinos Katuho, said locals had spotted the attackers earlier in the day.

“The residents had seen the enemy [attackers] from midday. We had gone to report to the FARDC [army] elements based in Bayeti, but they were unable to prevent the attack and protect the population,” he is quoted as saying by the Actualité website.

At least 42 people have been killed by the ADF in Mamove since 3 October, Mr Katuho said.

The ADF, whose origin is Uganda, has been blamed for many attacks in eastern DR Congo in the past few years. Many other armed groups also operate in the region.

In the past year, the Islamic State group (IS) has claimed responsibility for several attacks blamed on the ADF.