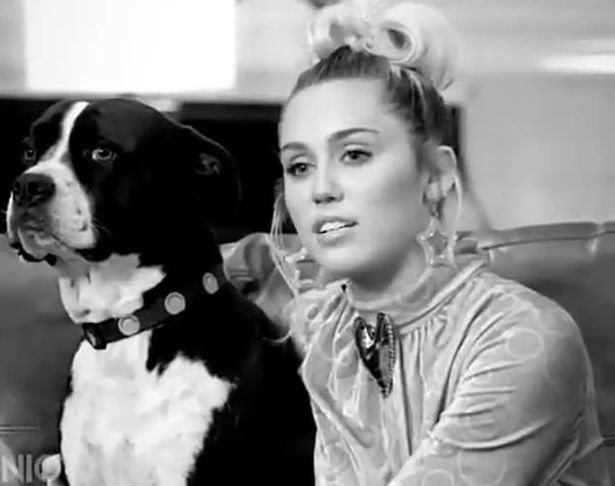 American singer-songwriter, Miley Cyrus, is mourning the death of her beloved dog who died from cancer with ‘multiple tumours’.

“Anyone who knows me & it doesn’t have to be well is aware that my best friend in the whole world is a rescued pit bull mix named Mary Jane,” the 28-year-old wrote.

“I was told it’d be an uncertain amount of time until she’s gone.

“Advised to spend every second savouring her special spirit… which wasn’t anything new. I had been for 10 years.”

“In life it is easy to take things for granted. To let little miracles pass you by without moments of gratitude.

“To be oblivious when the rays of heaven shine down onto you. But when it came to my ANGEL Mary Jane… never once did I forget the gift I had been given.”

“She made it impossible to. She was a dog with wings in a way.

“I thanked her repeatedly as she took her last breath for who and what she has been to me. It was something more than a friend or family member. Something so different.

“You cant define it. Our connection was purely DIVINE. An incomparable love. She is no longer hurting but I am. That’s what love is,” the Hannah Montana actress added.

Cyrus who has split from her husband Liam Hemsworth dropped her latest album titled Plastic Hearts in November.

Miley and Liam have endured a rocky relationship since they started together from getting engaged in May 2012, splitting in September 2013, reuniting in 2016, getting married in December 2018 before finally getting divorced in 2020.