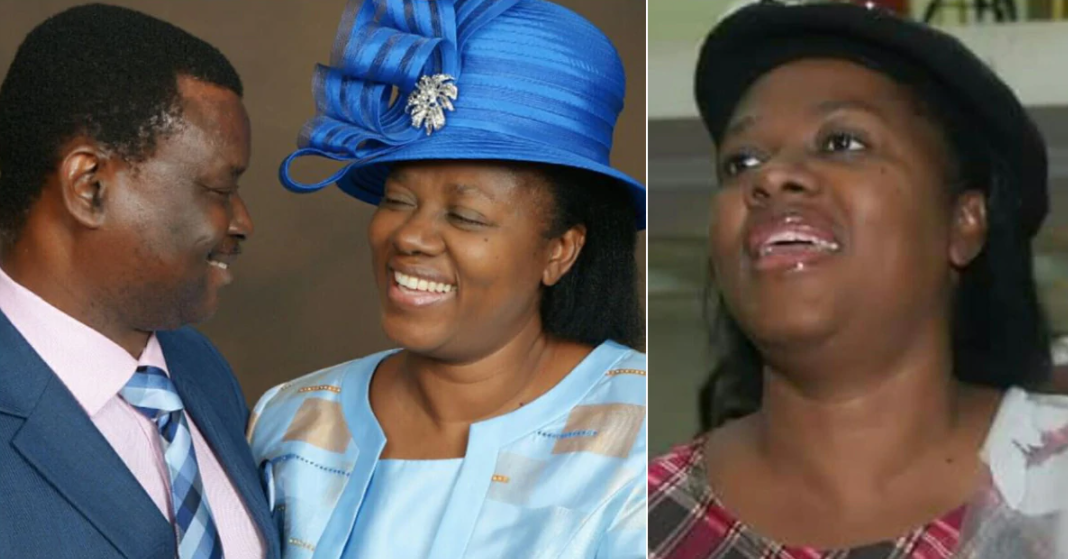 The couple has been married for 32 years.

Taking to his Instagram page, the leader of the Mount Zion Faith Ministries thanked God for giving him the grace to get it right in the aspect of marriage.

He particularly thanked God that the other ladies he approached before meeting his wife declined his proposal.

If I have not Found Jesus Christ, I would have missed YOU!.
Because WHEN I knew I had a Call of God on My Life, I knew I would never succeed in Life unless I got it Right in the Place of Marriage.

I knew I could Marry just any Sister and just have some Children, but not the Ordained Sister from Heaven who would give me the Children She Could sit down to train.

I knew I did my part in training our children, but the greater duties was taken by GLORIA.

If I had not accepted Jesus Christ, I would have missed HER.

Because I would never have heard the Voice that spoke to me that morning to leave where I was and travel to where I met her for the first time.

I thank God that all the Sisters I approached previously turned down my Proposals.

God bless them all for turning down my Proposals.
I was Blind.

I did not see that NONE of them was the Ordained One.
I did not know.

But Jesus Christ made them all to turn down my Proposals.
Until I Proposed to the Only Sister Who did not turn me back, but prayed over my Proposals and replied me after One Month.

Ah! She never saw any inadequacies in me but VISIONS and CALLING and MINISTRY.

No job, but ministry.

No house but Only One Room that contained all my belongings: standing hanger, cupboard, bookshelf, cooking pots and a standing Fan that had no leg and a small black and white Television.

She saw into the future!
She saw Greatness and Relevance in the future.
She Married me at 24!

TODAY, SHE IS 57 and still growing Stronger in Him!
Still Looking Radiant and Beautiful!

On Behalf of Dammy and Ella, Joshua and Tolu, Dara and Lawrence and our Grand Child, Gloria Zion, we all Say:
HAPPY BIRTHDAY,
MUMMY GLORIA!

From Yours and Only
“BRO. MIKE”!
(The Name you have been calling me since 38 years while in the Campus Christian Fellowship Drama Unit”