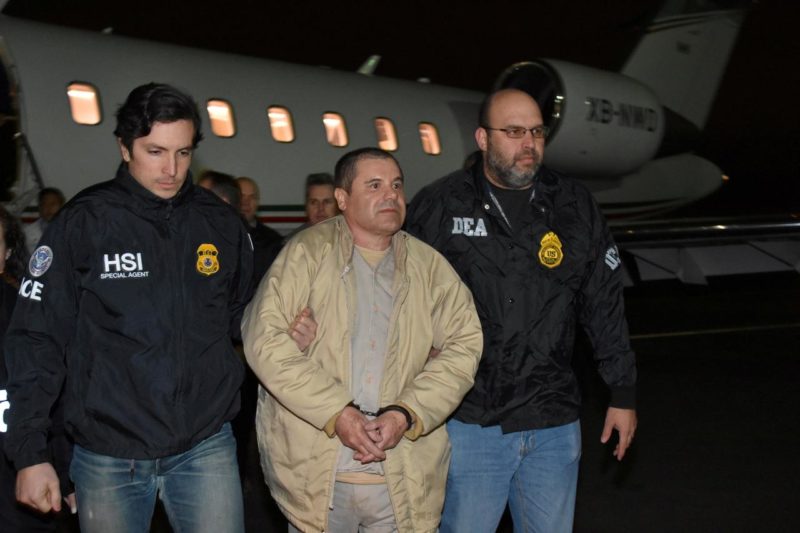 A US judge in Brooklyn has sentenced Mexican drug kingpin Joaquín “El Chapo” Guzmán to life in prison plus 30 years.

Guzmán, 62, was found guilty of 10 charges, including drug trafficking and money laundering, by a federal court in New York in February.

El Chapo had escaped twice from maximum-security prisons in Mexico. His first escape came in 2001, purportedly in a laundry cart and with the help of prison officials he had corrupted. In 2015 he escaped again by digging a mile-long tunnel from his cell but was later arrested and extradited to the US in 2017.

He is a former head of the Sinaloa cartel, which officials say was the biggest supplier of drugs to the US.

MORE READING!  You'll regret insulting me the day you meet me - Bobrisky

During his trial, witnesses said he had tortured his cartel’s enemies.

Speaking through an interpreter just before Wednesday’s sentencing, Guzmán said in the Brooklyn courtroom his confinement in the US had amounted to “psychological, emotional, mental torture 24 hours a day”.

READ ALSO: He gave me a roof, fed me when I first came into Lagos, Yul Edochie says as he celebrates Nonso Diobi at 43

He also said he had received an unfair trial, accusing jurors of misconduct.

The life sentence was the minimum Guzmán faced. The additional 30 years were for unlawful uses of firearms.

He was also ordered to pay $12.6 billion in forfeiture.

Prosecutors said Guzmán would be serving his sentence behind “tonnes of steel”, referring to a high-security prison in Colorado.

It was not immediately clear if Guzmán would appeal against the verdict.

Authorities have also not said where he will be imprisoned. But he likely will spend the rest of his life at the U.S. Penitentiary, Administrative Maximum Facility in Florence, Colorado, the cumbersome name for what is better known as ADX Florence, the nation’s most secure “Supermax” prison.

According to Reuters, no one has escaped from the prison since it opened in 1994.

Prisoners are typically confined for around 23 hours a day to solitary cells, each with a narrow window about 42 inches (107 cm) high and angled upward so only the sky is visible.

They can watch TV in their cells, and have access to religious services, educational programs and a commissary.

But special restrictions are used to ensure that inmates cannot exert influence or make threats beyond the prison walls. Prisoners cannot move around without being escorted. Head counts are done at least six times a day.