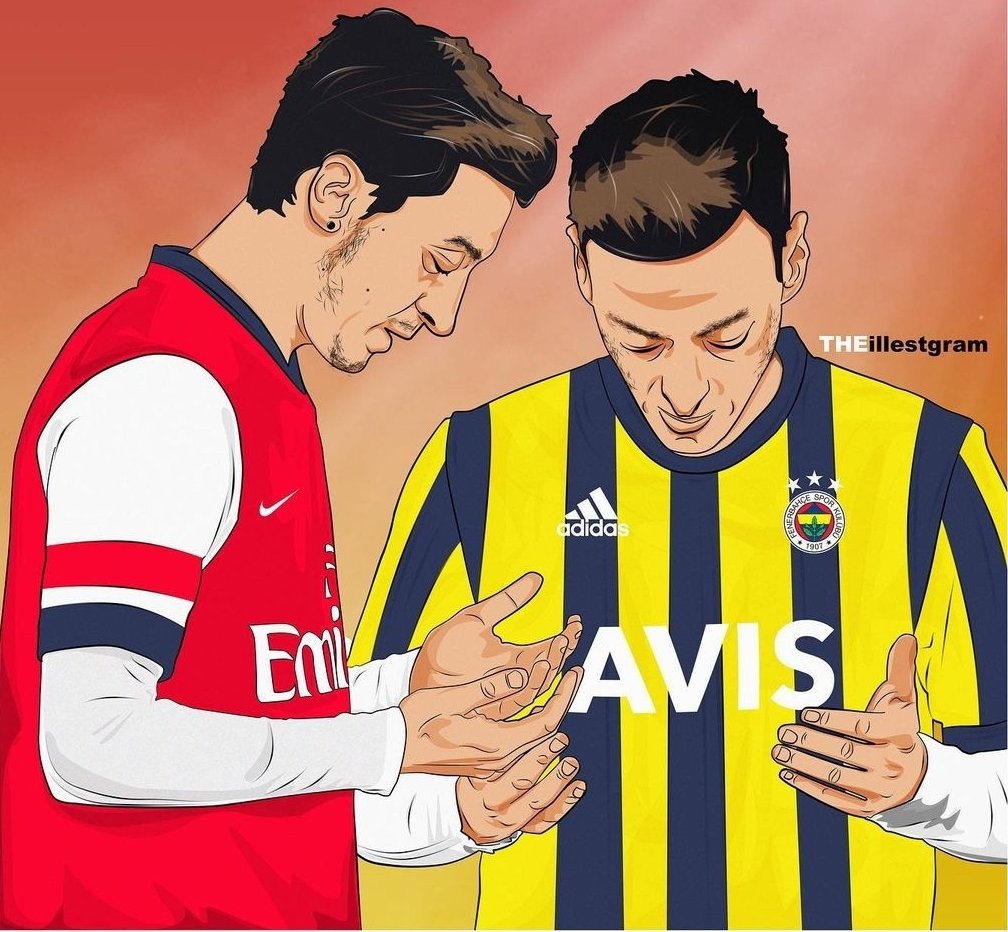 Former Arsenal player, Mesut Ozil, has dropped an emotional farewell message to Arsenal fans after ending his estranged relationship with the club to join Fenerbache.

The German midfield maestro’s contract with the London club was terminated after he was frozen out of Mikel Arteta’s squad since the start of the 2020/21 season.

Sky Sports report that the former Real Madrid star signed a three-and-a-half-year contract at Fenerbahce and has received a £4.5m sign-on fee and will earn around £60,000 a week from the club – a pay cut from his £350,000-per-week deal at Arsenal – although his wages will be boosted by sponsors and endorsements.

In a lengthy letter to Arsenal fans, Ozil said that he will always be part of the club and he thanks the fans for “amazing journey” at the club.

“I’d like to thank the club for this amazing journey over the past seven-and-a-half years,” he said on Twitter in a long heart-felt letter to Arsenal fans.

“The support I have felt from the team and fans during my time here has been truly incredible and something I will always be grateful for,” he added to the club’s official website.

“Together we won trophies for the first time in years and created memories that will last a lifetime. The Arsenal fans will forever remain in my heart.

“I’d like to thank Edu Gaspar for helping bring about a professional and dignified solution in the past few days, and I wish everyone at the club the best in their attempt to continue to bring Arsenal back to the top, where we belong.”

Writing on Instagram, Ozil was more emotional, saying: “I will always be grateful for the trust placed in me by Arsene Wenger in September 2013. I’ve grown up as an adult in North London, a place I’ll always call home. I’ll never forget that.

“It’s difficult for me to put into words the love I feel for this club and the fans. How could I possibly describe eight years of gratitude in a single letter? I will be a Gunner for life – no doubt about that.”

“As I said, the past few months haven’t been the easiest,” Ozil added. “Like every player, I want to play every minute of football for my team. In life, however, things don’t always play out how we want or expect them to.

“But it is important to look for the positives in life and not negatives, which is why I try to live life with no regrets and holding no grudges. Being at Arsenal was more than just football, it was about community.”

Related Topics:ArsenalFeaturedFenerbacheMesutr Ozil
Up Next