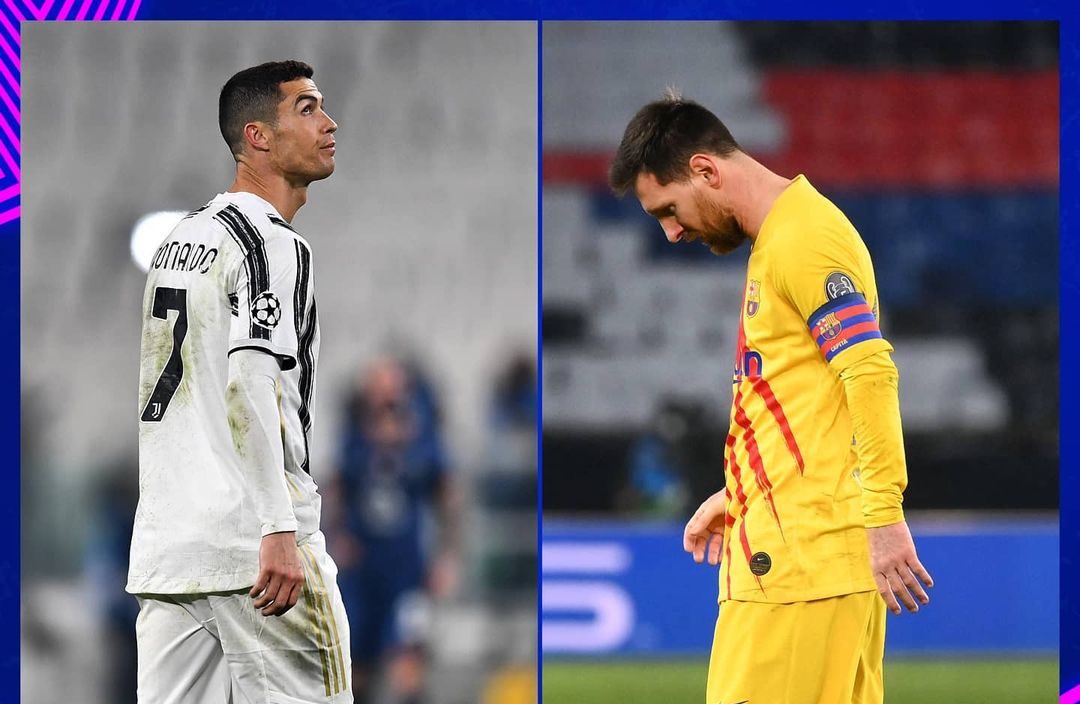 The elimination of both Barcelona and Juventus from the UEFA Champions League has raised a lot of concerns among football fanatics.

Argentine wizard, Lionel Messi, squandered a penalty as his Barcelona side crashed out of the Round of 16 on Wednesday night after a seven-goal thriller against Paris Saint Germain over two legs.

The Spanish giants managed just two goals in both encounters after a 4-1 home bashing in the first leg at the Camp Nou before last night 1-1 draw at Le Parc des Princes, though Messi got the equaliser before his miss from the spot-kick.

Messi’s elimination was no escape route for his immediate and only rival to the GOAT (Greatest of All Time) status, Cristiano Ronaldo whose Juventus side crashed out earlier on Tuesday in a dramatic fashion against FC Porto.

Unlike Barcelona, Juve defeated 10-man Porto 3-2 in Turin but crashed out on the away-goal rule after losing 2-1(4-4 on aggregate) in the first leg at the Estádio do Dragão in Portugal.

For the first time since 2005, there would be no sign of Lionel Messi and Cristiano Ronaldo in the Champions League quarterfinals.

With a number of football analysts including ex-Barcelona star, Gary Lineker and several football fans trolling CR7 for his inability to score against Porto and faulting his complicity in the second goal his team conceded, the pendulum has also swung in Messi’s direction.

He said, “Yesterday game Koeman had a masterclass plan but our attackers finishing needs to get so so much more better, that includes Messi Yeah he had a banger but so does Dembele and we all know how good his finishing is. Koeman now has to teach this world-class player how to finish.”

Another user, @_AsiwajuLerry, wrote: “Messi following Ronaldo out of the UCL is another proof that he comes right after Ronaldo in every GOAT conversation.”

@Sadiq_diggi added, “Cristiano Ronaldo at 33, 3peated the Champions league. Messi at 33 is being celebrated for getting knocked out to bigger European teams. Different standards for the Greatest ever.”