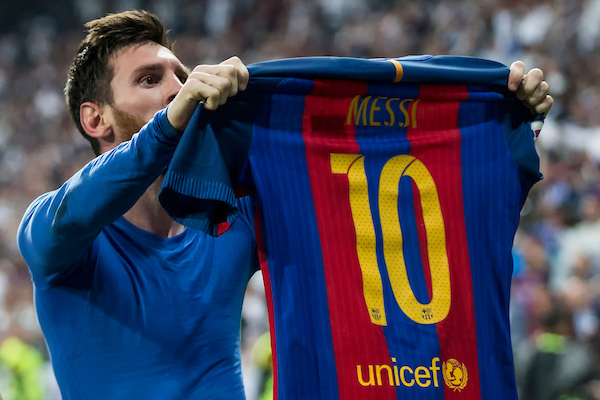 Former Barcelona right-back Dani Alves has said that Lionel Messi deserves to have the club’s Camp Nou stadium named after him.

Speaking to Catalan radio station Rac1 on Friday, the Brazillian said that the Argentinian will never find a better home than the Catalan side.

He also opined that Messi who is the club’s all-time top goalscorer is as big as his team Barcelona because he has done so much for the club.

“Messi is as great as the badge of Barcelona. But as he could see that everything around him was a disaster, it’s understandable that he wanted to leave,” Alves told Catalan radio station Rac1 on Friday.

“He has done so much that he deserves to have the stadium named after him.”

Alves also revealed that he urged the forward to stay at the club.

“I told him not to leave Barca,” added Alves, 37, who left the club in 2016 to join Juventus and now plays for Brazilian side Sao Paulo.

“When the club was trying to get rid of me I told him so and he said to me ‘Don’t go, where could you go that is better than here?’. I told him the same thing (this summer). He didn’t reply but I know that he got the message.”

Barca have made a slow start to the La Liga season and have failed to win their last four outings, including losing 3-1 to Real Madrid last month.

“Barcelona has changed its philosophy so its normal that it’s having problems right now,” Alves added.

“It has lost its identity and now it has to go through a tough process to get it back.” [Euro Sports]

Rakuten to remain Barcelona’s jersey sponsor for one more year