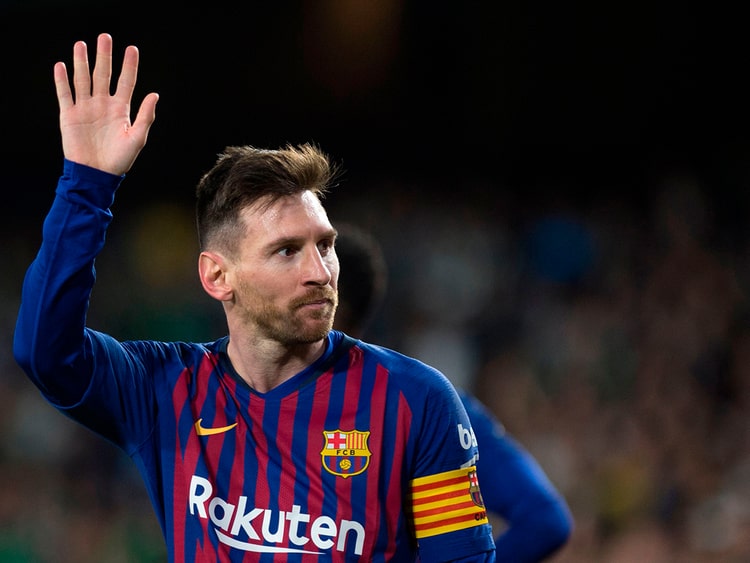 The Argentina international, 33, sent a fax to the club on Tuesday saying he wishes to exercise a clause in his contract, allowing him to leave for free with immediate effect.

Barca were beaten 8-2 by Bayern Munich in the Champions League quarter-finals on 16 August.

The six-time Ballon d’Or winner made his debut for Barca in 2004 and has won the Champions League four times.

Barcelona, though, believe the clause has now expired and Messi is contracted to the club until 2021 with a 700m euro buy-out clause.

The board will meet soon and the only thing that could placate Messi is the resignation of the president and early elections.

The 33-year-old has spent his entire career with the Spanish giants with whom he won six Ballon d’Or.

“Thank you President, for this historic disaster. What a shame.”

“Respect and admiration, Leo. All my support, friend.”

Rumours of Messi’s unhappiness have been swirling since Bayern Munich humiliated Barcelona 8-2 in the Champions League quarter-final on August 14, ending a season that saw the club fail to win any trophies.

Barcelona subsequently hired Ronald Koeman to replace Setien, with the Dutchman expressing his desire to keep the Argentine star at Camp Nou.

After sitting down with Messi, however, it appears that Koeman was unable to convince his side’s talisman to become a part of his project.

Barcelona president Josep Maria Bartomeu has previously insisted that Messi will end his career at Camp Nou as Bartomeu’s own future continues to be questioned.

Messi has a clause in his contract, which allows him to leave for free.