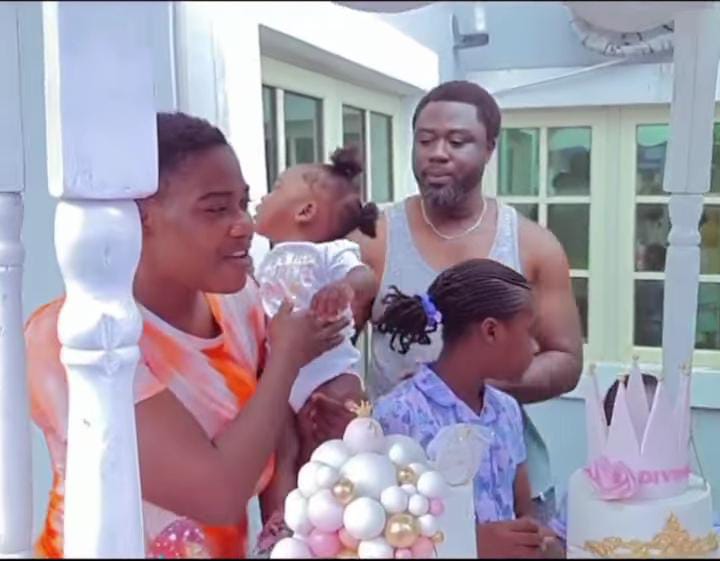 In the video, the mother-of-four was captured having a moment of bonding session with the rest of the family, who were also seen decorating the apartment ahead of Divine’s first birthday.

The video which was shared on her Instagram page  was captioned;

“My baby is 1, My heart is so full… preparation time.”

The star actress hails from Okene in Kogi State.

Born in Lagos to a former naval officer, Mr Daniel Johnson and Mrs Elizabeth Johnson, she is the fourth child in a family of seven.

In 2009, she won an award for Best Supporting Actress at the 2009 African Movie Award ceremony for her performance in the movie “Live to Remember” and Best Actress award at the 2013 Africa Magic Viewers Choice Awards for her role in the comedy movie “Dumebi the Dirty Girl.”

She got married to Prince Odianosen Okojie on August 27, 2011, and they have four children, three daughters, and a son.