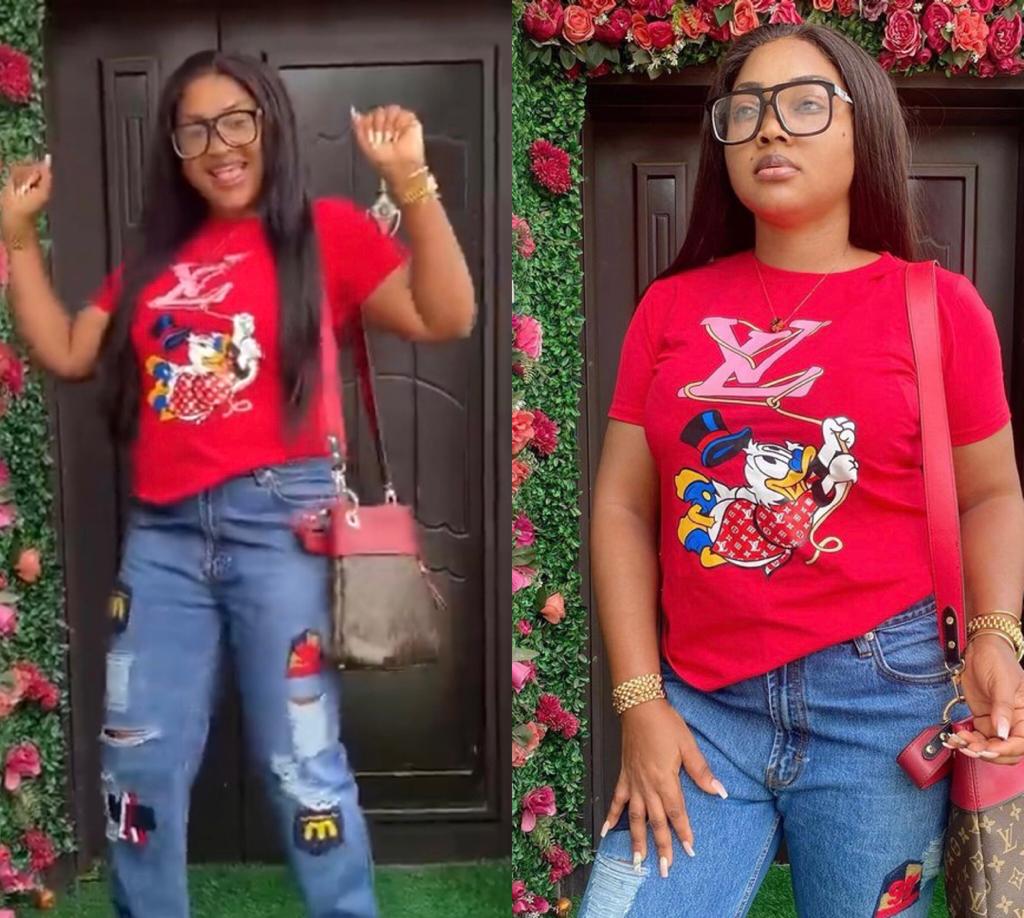 Popular Nigerian actress, Mercy Aigbe on Tuesday complimented her youthful look which she claimed can rival any teenage beauty.

The fashionista also challenged her fans to provide picture of any 43-year-old lady whose ageless look could match hers.

The mother-of-two shared some adorable photos on her instagram page where she was rocking a red round neck top matched with a blue jean.

See the photos below; 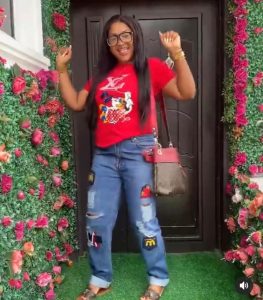 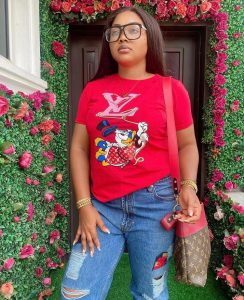 Mercy Aigbe is an award-winning actress, filmmaker, and producer, who is best known for acting in Yoruba movies. She is also an entrepreneur, a brand influencer and founder of Mercy Aigbe Gentry School of Drama.
Mercy, who hails from Edo, owns an asoebi store, skincare store, and a fashion store.

She is the second child of three children born and raised by Pa Aigbe and Mrs Abisola Grace Owodunni.

She became known in Nollywood in 2006, with the movie ‘Ara.’

Prior before then, she had always wanted to act but didn’t know she could take it professionally until her OND days when it became a big deal to her.

Consequently, she studied Theatre Arts at the University of Lagos in 2001 to realise her dream of becoming a professional actor.

After her first marriage crashed due to the interference of her mother-in-law, Mercy remarried a Nigerian hotelier, Lanre Gentry with whom she has two children (Juwon Gentry and Michelle Aigbe) and three stepdaughters in 2013.

In 2017, she shared photos of herself after allegedly being assaulted by her husband.

She subsequently separated from her husband over claims of domestic violence, and started a campaign against it.

Through sheer dint of hard work, she acquired a multi-million naira new mansion in 2018.