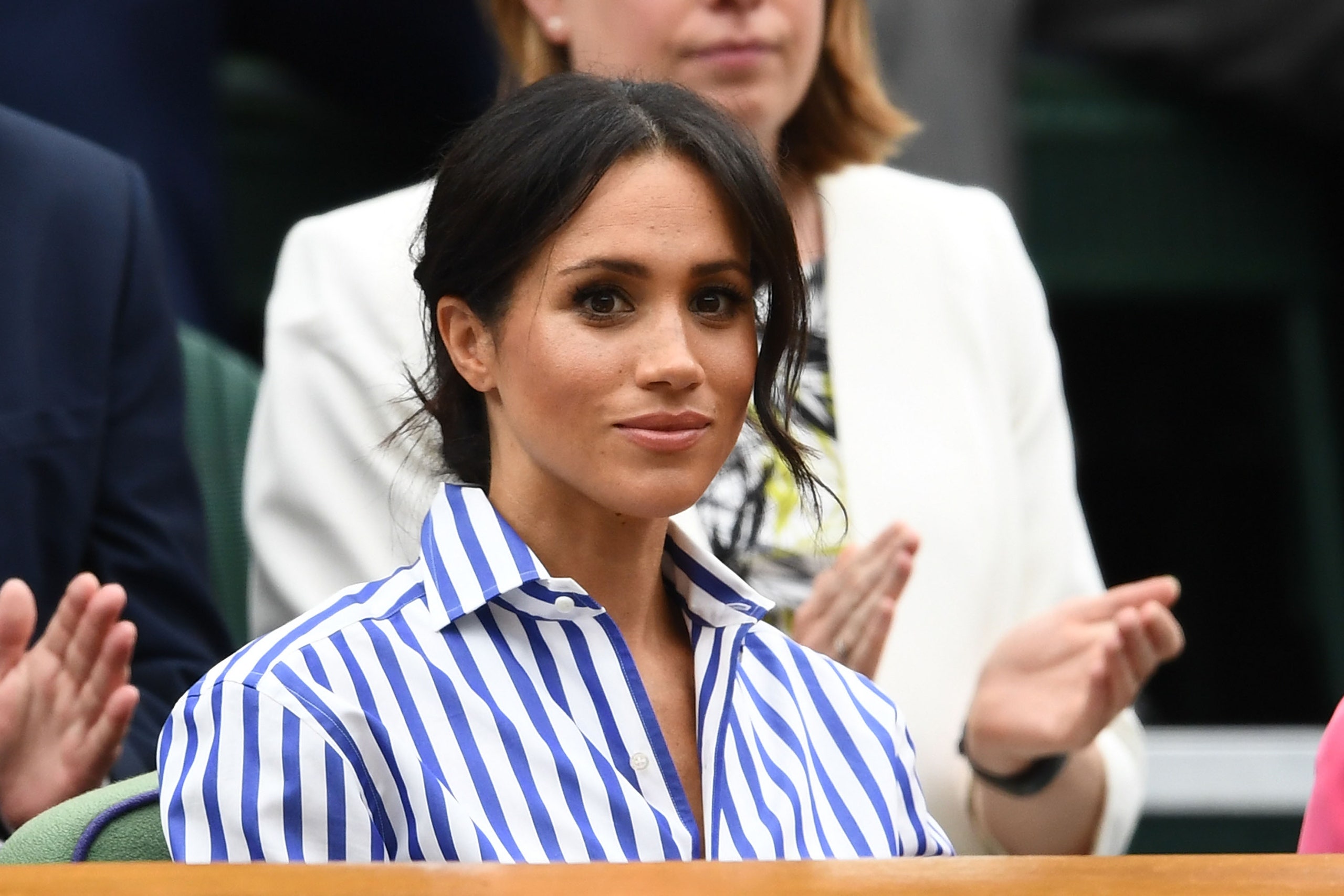 A royal expert, Anna Pasternak, has claimed that the Duchess of Sussex, Meghan Markle won’t return to the United Kingdom ‘if she can help it’ after her ‘monarchy bashing’ interview with Oprah Winfrey caused her to lose the respect and adoration of the British people.

Prince Harry, 36, and Meghan Markle, 39, moved to California last year after quitting as senior members of the firm.

According to Anna Pasternak, the couple ‘didn’t stay [in the UK] long enough’ and Britons now feel ‘betrayed’ after being initially eager to embrace former actress Meghan because she ‘wasn’t an aristocrat’ but an ‘ambitious, wonderful woman’.

Speaking to Fox News, Pasternak said she cannot see the Duchess ever becoming a ‘loved and cherished member of the Royal Family with the unified respect and adoration of the British people.

‘Sadly… I think that ship has sailed,’ she claimed. ‘Will Meghan Markle return to the UK? My speculative answer would be no, not if she can help it.’

It is understood that Prince Harry will return to the UK in July to unveil a statue of his late mother Princess Diana in Kensington Gardens with his brother Prince William, 38. The pair will reportedly reunite on July 1, on what would have been her 60th birthday.

Meghan is likely to stay in the US because she is pregnant with the couple’s second child – a baby girl – which is due in the summer.

In an extraordinary interview with chat show host Oprah Winfrey last month, Meghan and Harry made explosive claims about the Firm, with the Duchess claiming she felt suicidal but wasn’t given support.

She also suggested their son Archie was denied the title of prince due to the color of his skin, while Harry claimed his family members are ‘trapped’ in the institution of the monarchy.

Pasternak told Fox News that many people feel the interview showed ‘a total lack of respect for the monarchy and in a sense, for the British’ because the Royal Family is ‘part of the British psyche’.

‘This monarchy bashing can also be viewed as British bashing,’ she said. ‘And from personal knowledge, it is understood that Prince Charles, Prince William, Duchess Kate Middleton and the Queen – they were just so shocked and saddened.’

Pasternak added that people were ‘thrilled’ for Harry when he met Meghan and embraced her and their ‘incredible wedding’, but said the couple ‘didn’t stay long enough’ and ‘criticized the whole thing’, which ‘felt like they were throwing it back into our faces’.

‘In the beginning, we really took to Meghan because she wasn’t an aristocrat… She was actually this really ambitious, wonderful woman. So I think in some ways, many people in Britain do feel betrayed by her,’ she said.

Pasternak said she believed Meghan’s claim during the Oprah interview that she ‘didn’t fully understand what the job was’ when she signed up to be a royal and ‘went into it naively’, but warned powerful women who marry into the Windsor family ‘don’t fare well’.

She claimed those who are stoic and keep their heads down while fulfilling a sense of duty, such as Kate Middleton and Camilla Parker Bowles, are the ones that endure.

Pasternak stressed the one thing you can’t do as a member of the Royal Family is to ‘have an opinion’ – instead, they are required to remain impartial and apolitical and ‘just smile’, something she believes Meghan was ‘too animated and sharp’ to do.

During the US election last year Harry and Meghan appeared to show their political colors when they leveled a thinly veiled attack on Donald Trump by urging voters to ‘reject hate speech’, which a spokesperson for the couple described as ‘a call for decency’.

Rumors are now circulating that the Duchess of Sussex intends to run for president, with royal biographer Tom Bower branding it ‘likely’ she will stand.

Pasternak admitted she too can see Meghan trying for political office because she has an ambition that ‘knows no bounds’.