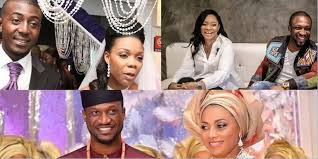 There is a saying that says “age is just a number” In Nigeria, tradition dictates that a man should marry a woman younger than him. This is true as we see almost all men marry or date women who are at least a few years younger than they are.

There are a few instances where some couples defy this custom out of love. Some male Nigerian celebrities have also married women who are younger than they are and most of such marriages are thriving.

It would however seem that the stigma is lifting, as more Nigerian women are openly dating and even marrying their young lovers, not caring what the world thinks; and why should they? We must accept love wherever it finds us, right?

Well, these women certainly think so, banishing tradition and living out their dream love lives. And yes, you know them. Oh well, today I would love us to take a peep into the private lives of our very own Nigerian celebrities with daring age gaps between them and their women.

In the pictures below, you will see four Nigerian male celebrities who married women who were younger than they are. 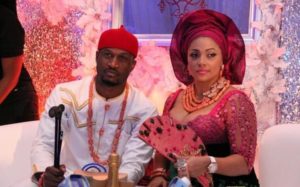 Omotayo is 6 years older than Peter Okoye (P- Square)a musical duo Peter and his twin brother Paul were born on the 18th of November 1981.

Although no one is saying anything concerning Lola’s precise date of birth, of course, you know how it is with women and their age. In earlier interviews years back, Lola addressed the age gap between them thus: “As I said, Peter is an old soul and he always tells me that I’m like a 23-year-old. 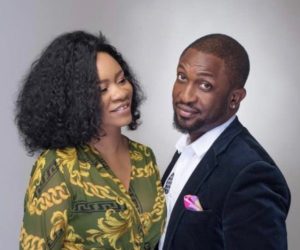 Next on the list is Dare Art-Alade and his wife Deola Ayeni. Deola is 8 years older than Darey yet they’ve been married for over 5 years with lovely kids.

Dare once responded thus in an interview about their age gap: Do you not feel any pressure of any sort being married to somebody older than you are? No pressures at all! Everybody at sometime finds what works for him or her. I am perfectly happy with my marriage to my wife and I absolutely have no problems or pressures of any sort. 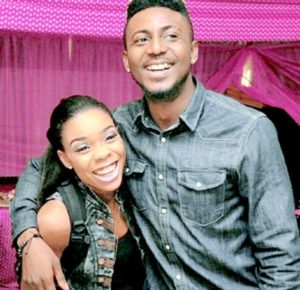 Popular live band drummer, Joseph Adakole Ameh and Celebrity dancer, Kafayat Oluwatoyin ShafauShafau are an amazing couple and have been married for over 8 years now.

Kaffy is 8 years older than her husband and they are both blessed with two lovely kids, Eliana Ameh and Sean Ameh. 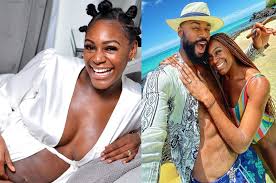 Reality TV star, professional athlete, and entrepreneur got married to British Olympian, Perri in 2019. Perri is 31 years old while Mike is 28 years old.

What do you think about men getting married to older women, do you think it’s right? For me, I believe a man should be older than his wife in order for his wife to be obedient to him not only as a husband but also based on age difference…what is your take?

Related Topics:Nigerian male celebrities
Up Next