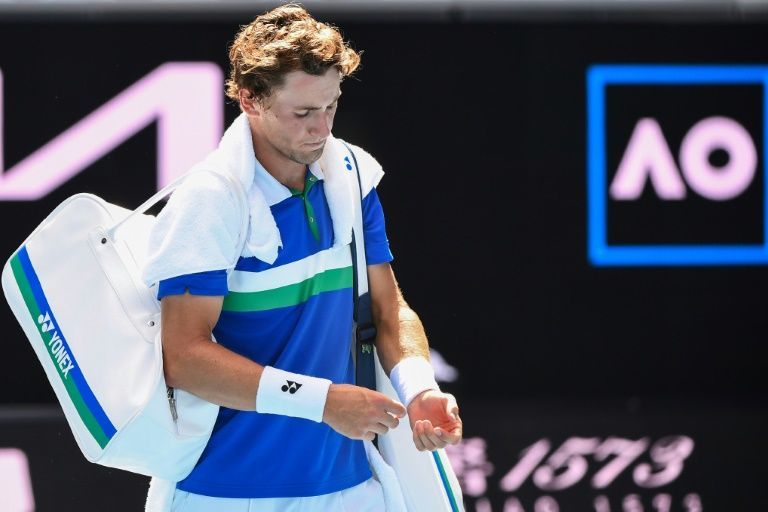 Russia has three men in grand slam quarter-finals for the first time on Monday at the Australian Open.

Reigning ATP Finals champion Medvedev and Rublev won the ATP Cup just over a week ago at Melbourne Park.

They now join compatriot Azlan Karazev in the last eight after the qualifier had the previous day come back from two sets down to upset 20th seed Felix Auger-Aliassime.

The three Russians had already achieved a grand slam first by all making it to the fourth round.

At least one Russian player will make it to the Melbourne semi-finals as Medvedev and Rublev are set to face off in the quarter-finals on Wednesday.

Twenty-time grand slam champion Nadal was yet to drop a set in Melbourne after defeating Italian 16th seed Fognini in two hours and 16 minutes.

The Spaniard will next face the winner of the match between Greece’s Stefanos Tsitsipas and Fognini’s compatriot Matteo Berrettini at Rod Laver Arena.

Svitolina looked set for a comeback after digging herself out of an early break in the second set, having dropped the opener, to force a decider.

In the third set the American, ranked 61st in the world, continued to put pressure on the Ukrainian’s serve.

She eventually held a break of serve to take the win in just under two hours of play at Rod Laver Arena.

Pegula, whose presence in the fourth round of the Australian Open was her best grand slam result before Monday, will next face Jennifer Brady in an all-American quarter-final.

Tsitsipas given walk-over into the quarter-final with Nadal

2020/21 CAF Confed. Cup: Results from first-leg, play-off round matches at the weekend