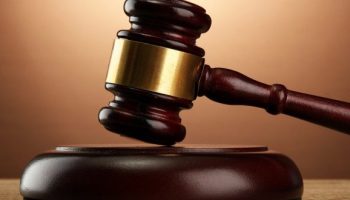 A 32-year-old mechanic, Sani Shehu, on Tuesday appeared in a Chief Magistrates Court sitting in Kaduna, for allegedly stealing a motorcycle worth N230,000.

The police charged Shehu, who resides in Kaduna, with theft.

The Prosecution Counsel, Insp Chidi Leo, told the court that the defendant committed the offence on Jan. 3 at about 9 p.m. at Abakpa Road, Kaduna State.

Leo alleged that the complainant, Haruna Mairago, who lives in Ungwan Sarki, Kaduna, reported the matter at the Gabasawa Police Station Kaduna.

He alleged that the defendant stole the motorcycle which was parked by Mairago in front of a provision store on Abakpa Road, Kaduna.

The offence, he said, contravened the provisions of Section 207 of the Kaduna State Penal Code Law, 2017.

The Magistrate, Ibrahim Emmanuel, admitted the defendant to bail in the sum of N100, 000 with two sureties in like sum.