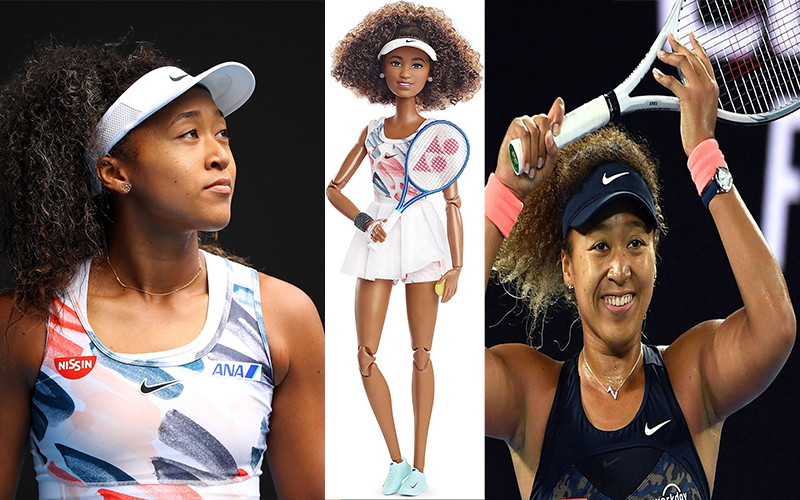 American multinational toy manufacturing company, Mattel, has announced the release of its Naomi Osaka Barbie Role Model in honour of the Tennis star ahead of the Tokyo 2020 Olympics.

People reports that Osaka had previously been honoured with a one-of-a-kind Barbie Shero for the brand’s 60th anniversary in 2019 but this edition version has been made available to fans of the tennis star and Barbie.

The new Role Model Naomi wears a replica of the outfit that Osaka sported at the 2020 Australian Open, a blue-and-pink Nike tank top and shorts paired with a white flared skirt, though she lost that tournament in the third round, her fashion statement was a winner.

The fully poseable doll also comes with her own Yonex tennis racket, light-blue Nike sneakers, and a white visor that rests atop her highlighted curls.

“It’s such an honor to be a part of the Barbie Role Model series, and to remind young girls that they can make a difference in the world,” Osaka said in a press release.

She added, “I want young girls everywhere to feel empowered to dream big and to know that if they believe in themselves that anything is possible!”

Related Topics:MattelNaomi Osaka
Up Next

I won’t apologise for being black, Rashford reacts to racial abuse