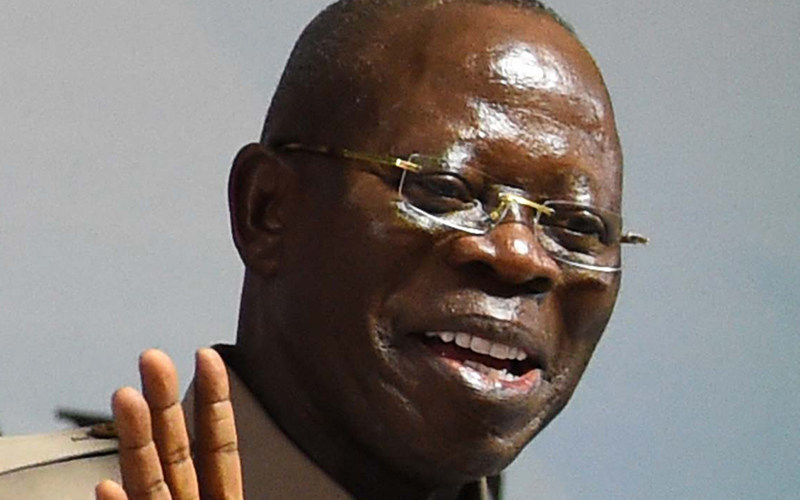 The immediate past National Chairman of the All Progressives Congress, Adams Oshiomhole, has expressed delight that the Zamfara State Governor, Bello Matawalle, dumped the Peoples Democratic Party for the ruling party.

The former Edo State Governor made the disclosure while welcoming Matawalle to the APC, in a letter he signed and made available to journalists through his media aide, Victor Oshioke on Saturday.

He also believes that all the APC stakeholders in the state will welcome the Zamfara governor to the party with open arms and accord him the “well-earned respect” he deserves, according to The PUNCH.

“It is with great pleasure, relief, and a deep sense of personal satisfaction that I welcome you to our party, the All Progressives Congress.

“I have for long looked forward to this day when you will reunite with the APC, your original party so that the good works and impressive performance which the people of Zamfara state enjoy under your administration will be accurately documented as legacies of APC.

“It takes a man of courage, conscience, principles, and honour to make this long-awaited move which not many politicians in our clime would have the audacity to undertake.

“I am delighted that your coming to the APC with your legion of supporters is not only a boost for our great party in terms of numbers, but brings onboard our platform, a sound mind, accomplished administrator and proven performer who has won the admiration of the Zamfara people by virtue of your exceptional leadership.

“I have absolute confidence that all APC stakeholders in the state will welcome you with open arms and accord you the well-earned respect that you richly deserve,” the letter read partly.

At 62, I can’t be Nigeria’s president, says El-Rufai