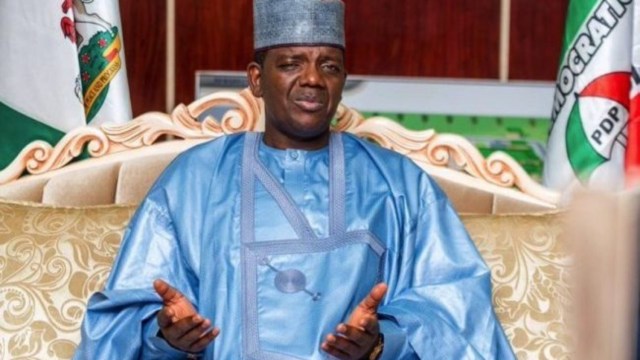 Governor Bello Matawalle of Zamfara State, on Friday, flagged off the construction of 10,000 housing units for Internally Displaced Persons (IDPs) in the state.

It was reported that the project will be financed by Omni-Frontier International Investment LTD (OMFii), a Private Placement Lending Facilitator that specialized in raising capital for private companies, governments and banking institutions in emerging markets to facilitate Trade, Revolving Lines of Credits and Project Financing on a short-term basis.

Speaking at the official inauguration of the project in Maradun town, Maradun LGA, Gov. Matawalle, represented by the Secretary to the State Government, Alhaji Bala Bello appreciated the effort of OMFii for providing fund for the project.

“This is a welcome development, this effort is going to add value to the state not only in addressing housing challenges but also in the provision of shelter to our vulnerable persons.

“This effort will help in providing shelter to IDPs and victims of flood and banditry activities in the state.

“This will indirectly assist in addressing security challenges, unemployment and poverty level in the state,” Matawalle said.

He said the effort was in line with the state government’s policy to partner with governments and NGOs for the development of the state.

The Coordinator of the Project, Dr. Mahmud Alkali, said the project will be funded by foreign donors for humanitarian services and the project is to be completed in 24 months.

“We will provide access roads, electrification, schools and market in the area.

“About 7,000 houses will be given free to the IDPs and other vulnerable groups, while over 3,000 will be given to junior civil servants and other categories of less privileged persons who will pay only 25 per cent of the total cost of the amount,” Alkali said.

According to him, a total of 1 million houses will be constructed across the country.

He noted that in each of the six geopolitical zones of the country, three states had been selected for the gesture.

The Managing Director of the OMFii, Godsflint Nzeson, pledged to carry out a timely and quality job.

Zamfara is in serious need of this kind of gesture, considering the high number of IDPs, attack victims and other vulnerable groups.

She noted that Maradun and other Local Government Areas (LGAs), affected by banditry activities and flood disasters, would benefit from the project.

“Apart from the state government’s commitments to providing relief materials to the IDPs, we are making efforts to provide skills acquisition centers and give them quality education to make them self-reliant,” the special adviser said.