My eyes have seen, my ears have heard, my ink will talk about this otherwise never before seen phenomena.

In a now-viral photo, three masquerades are seen kneeling while a person bearing semblance to a pastor laid his hands on them as if to pray with them.

The masquerades, kneeling in prayer mood like people giving their lives to Christ are wont to do at crusades, have generated a lot of mixed reactions on social media. Several tweeps in the country suggested that the ‘gods’ have descended so low as to accept a foreign God.

According to one Chijiоke, with username @Ekwulu, the scenario is the first of its kind in his life.

“I have never seen something like this in my entire life masquerades getting prayers from a pastor,” he wrote while sharing the photo.

Well, like me, many must have heard of such occurrences from their fore-fathers who passed on the stories to their children and all the way down. I’m talking about the 1700s.

Come read some reactions below: 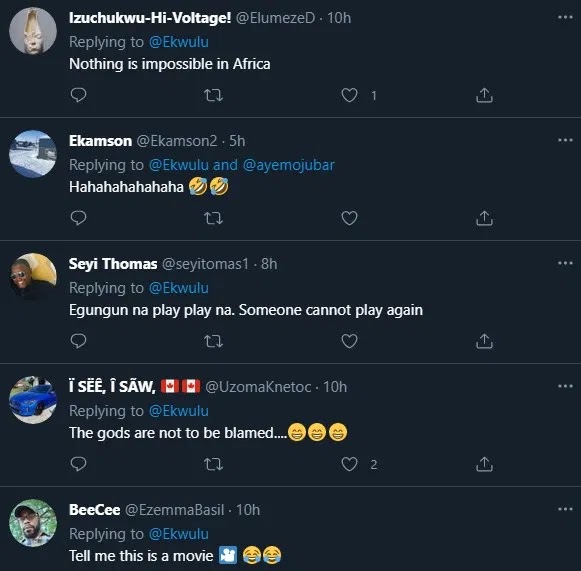 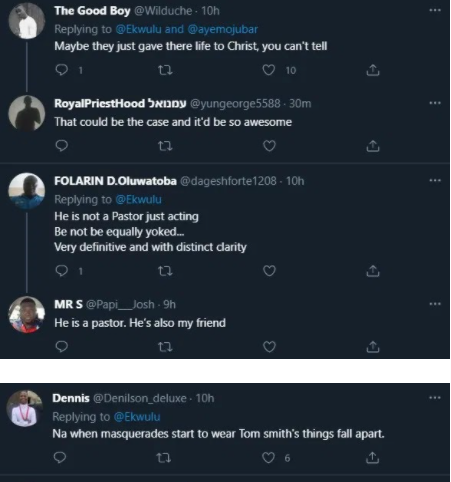 What I ordered vs what I got, Man reacts to half-sausage sharwama