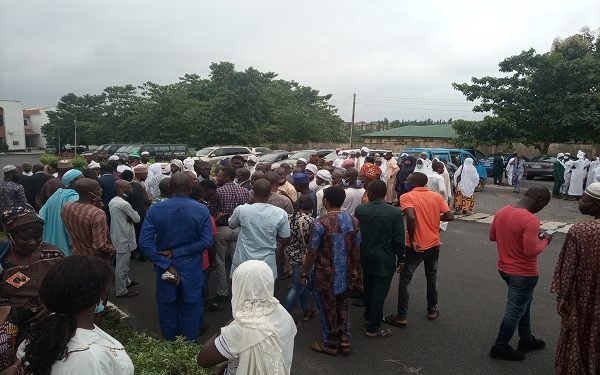 The custodian of Esubiyi Masquerader, Fashola Esuleke and the Chief Imam of Kamorudeen Society, Qosim Yunus as well as five of their followers were on Monday granted bail shortly after they were arraigned before an Osun State Magistrate Court, sitting in Osogbo on charges bordering on assault and breach of public peace.

Recall that members of the Kamorudeen Society had alleged that followers of Esubiyi Masquerader had attacked the mosque located at Oluode Aranyin Compound, Osogbo, on Sunday, June 27.

During the said attack, a worshipper, Moshood Salaudeen was reportedly shot dead while the two parties involved also claimed that their followers were wounded.

Appearing before Magistrate Asimiyu Adebayo, the Esubiyi Masquerader custodian, Esuleke and two of his followers, Adeosun Kola and Idowu Abimbola were arraigned on four-count bordering on vandalisation of mosque and damage of a vehicle belonging to a worshipper.

After listening to their charge, all the defendants pleaded not guilty.

Counsel to the masqueraders, Abimbola Ige and his colleague, representing the Muslim worshippers, Kazeem Odedeji both moved oral bail application on behalf of their clients and the prosecutor did not oppose the application.

In his ruling, the Magistrate, Adebayo granted the bail application of the defendants in the sum of N1million with one surety each.

He then adjourned the matter till September 13, 2021 for the hearing.

Rapist collected my N250 after assaulting me – Survivor