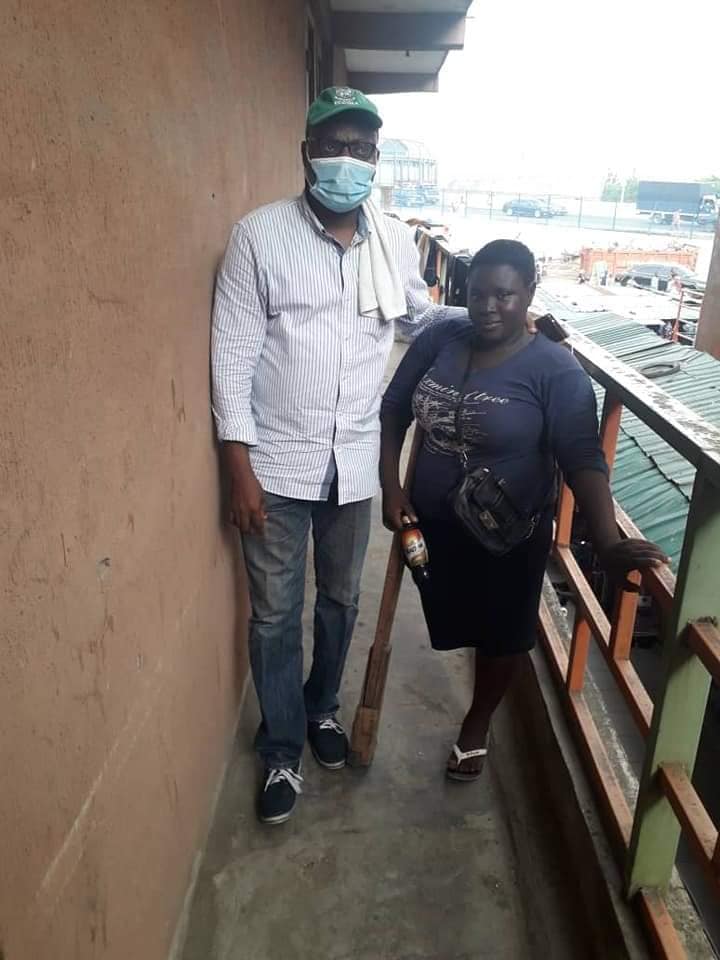 After much hesitation, I finally deem it fit to weigh in on what has become the most talked-about issue in Nigeria in recent days: The Mary Daniel Show.

Having been in the forefront of promoting her cause as a disadvantaged amputee hawker, who needed practical and sustainable help, propelled by my undying passion as a disability inclusion and gender rights activist, when her story unfolded as well as amplifying her call for help and in response to the yearnings of respectable and concerned folks across the world, I aver as follows:

1. That contrary to the tales peddled about, from my knowledge, Mary was not working with any syndicate on a staged hawking heist to scam anybody. My colleague (Hanafi) and I actually went in search of her when her photos went viral and found her in the act of hawking. Anyone who alleges otherwise should prove so. It’s not enough to make wild claims as such, the onus is on those who make such a claim to go further and disclose the identity of the syndicate.

2. It’s been discovered she indeed embellished her story and admittedly told a lie to make her case more pathetic and win compelling sympathy from the public. For instance, she claimed her father died alongside her mother in an accident where she lost her limb. Her mum indeed is dead but not from any accident. Asked yesterday why she told such a lie, she said her father had long abandoned them for over two decades and has therefore ‘died’ in her reckoning. No doubt, it’s a lie she needed not tell as her pitiable living condition and determination in the face of disability were enough to elicit help from people. That she chose to hawk with one leg in Lagos traffic instead of resorting to begging is salutary enough to win sympathy, I told her yesterday.

3. Also, she lost her limb, it’s now discovered, as a child while playing with her brother when a pumped caterpillar tyre they were playing with blew out, causing grievous damage to her leg leading to the amputation. And not through any auto crash. But it’s still an accident, some say. The grandmother said as much in a video and Mary admitted too when confronted on Thursday. She’s not born like that as one reporter maliciously deceived their readers and concocted. I’ve a documentary evidence to prove that.

4. It’s the post of my friend, a respected lawyer, Jefferson Uwoghiren, that first drew my attention to the story of Mary. The post was not as gripping as the accompanying photos: the image of a young lady carrying a basin of water and assorted drinks placed on her head with her right hand clutching a wooden crutch to aid her movement, determined to succeed in the face of discouraging disability. It’s the photo more than any tale she could tell that moved the world to rally round.

5. Sequel to that, I made a post on April 9 on the same matter titled, Mary with a difference, that eventually went viral, which elicited an outpouring of emotion and desire to unravel her for what Azuka Jebose called complete makeover . Not a few friends on this platform reached out to me to locate her and get details she could be reached. That’s what led to the Ultimate Search for Mary on Friday.

6. It’s from the post that a friend, Promise Baba, drew my attention to tweets made by @theibitoye on April 7 on his verified Twitter handle. A closer look at a thread on his handle showed he was indeed the first person to meet and snap photos of Mary shared on his page.

7. On reading the post, my colleague and friend who edits the Weekend Titles who also is a disability inclusion activist expressed a desire to interview Mary and detailed the phenomenal crime cracking reporter, Hanafi, to fish her out.

8. Consequently, Hanafi and I set out on the search armed only with the photo that indicated Mary hawked in Bolade Oshodi. He from the Cappa end of the Agege Motor Road while I navigated from the Bolade/Arena end, asking roadside traders and hawkers of the amputee hawker.

9. Luck smiled on us when we saw a clue in an umbrella on the photo we had. Pronto, on further enquiry, two women who admitted to seeing her that day, volunteered to lead us to the woman who owned the shop where Mary used to get drinks to sell and make returns by close of market daily. In appreciation, I offered to dash the two women who led us to the shop owner N2000 for drinks. (Photos of the women attached).

10. On introducing ourselves and our mission to the shopowner, we were asked to sit on a bench and wait a little as she promised Mary would surely come back from her hustle soon to carry water. While we waited, she and two other women in the market granted us interviews the same as the man who had the apartment where she slept on the balcony. One was the first woman she met on arrival from Asaba two weeks earlier.

11. A little over three hours later, shouts of excitement bellowed out as the Line traders announced the arrival of Mary from hawking with her empty basin. They were all aware of the search for Mary.

12. She later took us to the building where she slept on the balcony. It’s there we interviewed the owner of the apartment who narrated how he came across Mary.

13. Interview over, we assured Mary of a new lease of life and asked her to ensure she always had the battery of her phone in case anyone tried to reach her. We obtained her permission to publish her account and contact details. I subsequently updated my Facebook post with the details for my readers.

14. While Hanafi headed to the office to script the story, I drove back home. Sad at the realisation she would be sleeping in the market that night. I actually toyed with the idea suggested by respected female activist to move her to my home while arrangements were made to get her an apartment.

15. The next day, the minders of Uche Nwosu, son in-law to ex-governor Rochas Okorocha, through my friend Remy Chukwunyere reached out to me that their principal would love to meet Mary on his return from a scheduled visit to Ibadan. He didn’t get to Lagos till late in the night.

16. But I reasoned since I live a few kilometres away from Oshodi, I could bring her to my home to receive Uche knowing that the market where she slept wouldn’t be an ideal place for such a meeting. We had earlier asked her to discontinue the hawking forthwith as a new dawn had come for her. On hearing this, she beamed with childish grin.

17. By Saturday, as the story trended, the good natured Ahiaba Danladi Amor Chelsea of the Federal Produce Inspection Service on his own came to Oshodi, on reading the gripping account of Mary, and decided to offer her financial help only to find out both are Igala. Seeing the place she was living, elected to take her to their official quarters in Ijora on his own.

18. Danladi is the unsung hero who feels more pathetic by the malicious tales dished out against Mary. He it was who sheltered her for three days, took her to meet Uche Nwosu, whom I gave Mary’s number to to contact her directly, at the Southern Sun Hotel Ikoyi for breakfast and where he presented a cheque of N500,000 to her. His friends pledged to make it up to N1m. It’s he who also took her to Alausa in Monday to meet with the LASG officials who had then contacted her. It’s at the meeting in the office of Princess Adebowale that the state govt told Danladi that they would be taking custody of Mary henceforth till arrangements were made to rehabilitate her.

A little misunderstanding arose between him and the SA’s aides that made me to call the state commissioner for information Gbenga Omotoso for his intervention. Thinking it was the SA on Disabilities Adenike Oyetunde that was handling the matter, I reached out to her for clarification on behalf of Danladi who was curious to know where they were taken her to.

20. A new account was opened for her with the N500,000 cheque from Uche in Wema Bank while the Access Bank used for fundraising was placed on restriction for transaction. My colleague reported regularly on the amount raised from donations from kind hearted Nigerians. Mary told me yesterday it’s from the N500,000 she sent the sum of N200,000 to her grandma in Ayingba in Kogi State to “take hold body”. She claimed the amount didn’t go down well with the woman who she said told her of she thought they didn’t know how much Nigerians raised. I can’t verify this claim. But Mary maintains that that is the genesis of her problem.

21. It’s under the care of Princess that Mary stayed in protective custody from where they brought her out for the glamourous birthday party held last Friday for her.

22. No doubt, hawking and living an abandoned life had predisposed Mary to rough street life and deprived living. Danladi informed me she was into booze.

The implication of Jaafar Jaafar BY Gimba Kakanda