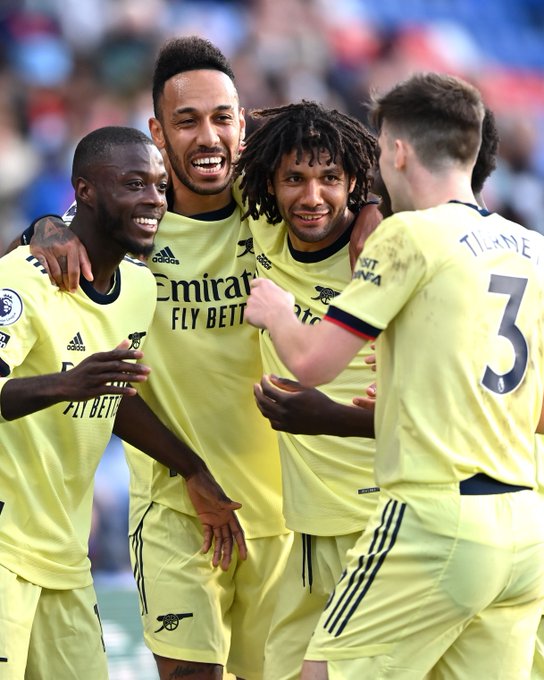 Gabriel Martinelli and Nicolas Pepe’s injury-time goals in the 3-1 win against Crystal Palace kept alive their hopes of securing European football for next season.

Pepe’s 35th-minute opener gave Mikel Arteta’s side a boost as they hope to avoid missing out on European football next season for the first time in 25 years.

The Gunners however surrendered the lead to a powerful header by Christian Benteke after the break leaving the visitors needing an important goal.

Just as it appeared that Arsenal would be held to a frustrating draw, Martinelli popped up in the 91st minute to put the Gunners back in front before Pepe sealed the win late on with a fine individual effort at the death.

The win sees the North London side extended our winning run in the Premier League to four games.

Eagles manager Roy Hodgson’s last home match in charge of Palace ended in a defeat but the defeat didn’t stop the septuagenarian from waving goodbye to Selhurst Park and 6,500 fans in attendance.