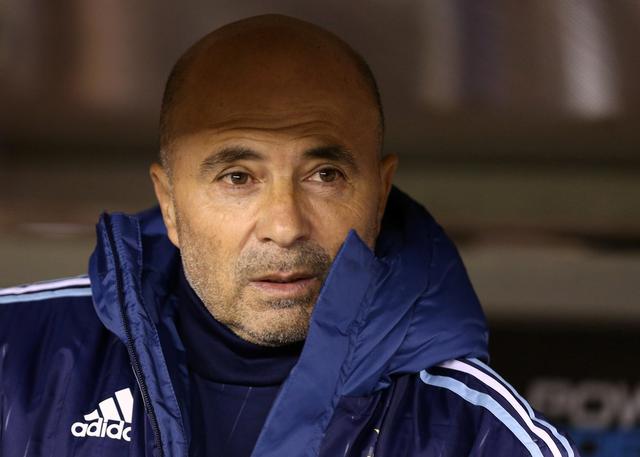 The 60-year-old replaces Andre-Villas Boas, who was suspended on Feb. 2, hours after the Portuguese coach had offered to resign over disagreements with the club’s board.

Sampaoli, who led Chile to their first Copa America title in 2015, has signed a contract until June 2023. He arrives after less than a year in charge of the Brazilian club Atletico Mineiro.

“I have been told all my life that Marseille is a special place for passion,” the former Sevilla boss said in a statement.

“Marseille is a club for the people. We’re not here to hide: we’re going to play hard. In the world, there are places for calm and there are intense places. It is the latter that I want. This club has a soul and that is why we are here.”

Marseille have also named Pablo Longoria as chairman of the executive board to replace Jacques-Henri Eyraud.

Eyraud had come under increasing pressure, with disgruntled fans claiming he had managed the club more like a company than a soccer team since he took over in 2016.

Some supporters broke into the club’s training centre this month in protest against the leadership and a poor run of results.

“This is a new chapter for Marseille, and I personally commit myself to making to make it a real success,” said the club’s American owner Frank McCourt, who is set to meet fans and leaders of fan groups to discuss long-term plans.

Marseille sit seventh in the French league, 20 points behind leaders Lille with a game in hand. They host Olympique Lyonnais on Sunday.

Wolves ‘confident’ of Jimenez’s return before end of campaign